5 Best Lighthearted Films About the Apocalypse

Earth as we know it could one day be rendered uninhabitable by some form of apocalypse, whether it’s nuclear war, zombies, or a robot uprising.

What’s more, our planet could be erased from the universe by a solar flare or some reason we humans never get the privilege of knowing. We as humans are acutely aware of the horror of an apocalyptic event. And we know it could happen at any moment. For whatever reason, we have a sort of obsession with fantasizing about how our world is going to end.

This fascination we have with the ultimate disaster has spawned countless works of fiction. These plots that center around the apocalypse are varied. Some are quite serious (editor’s note: adding that later). But with our current culture, and we’re no longer staring into the void. We’re laughing at the void.

Thus, we’ll start with the lighter side. But don’t worry, we didn’t forget about the more somber or outright depressing movies. Like us on Facebook to get updates when we make major changes to this article or others like it.

Here are five apocalyptic movies that top our list of films with not-so-serious attitudes towards the apocalypse. 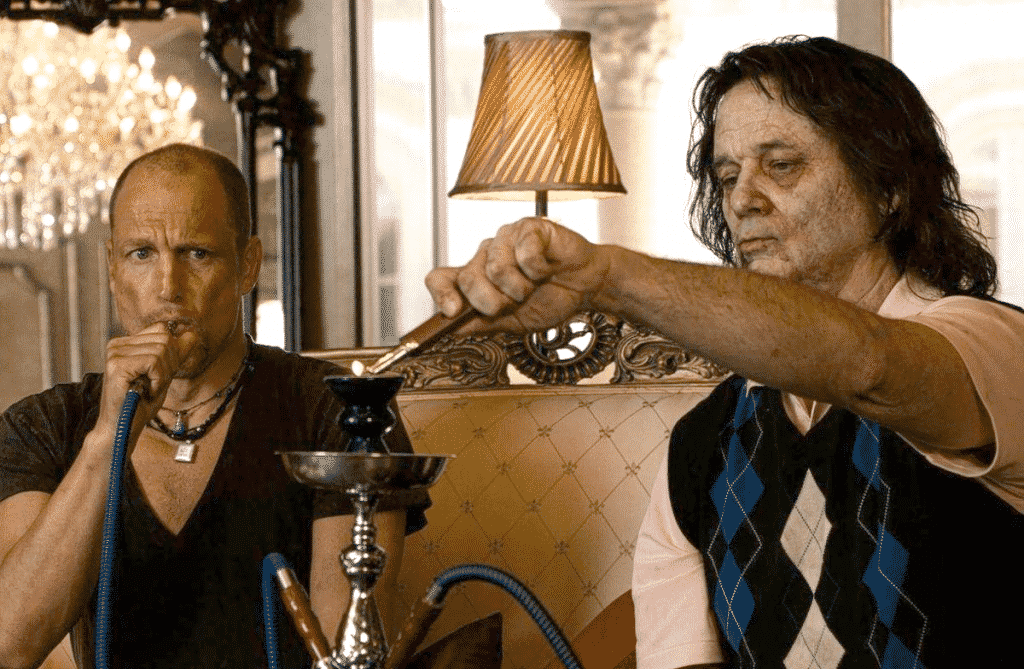 Starting off our list is the classic zombie apocalypse comedy: Zombieland. Woody Harrelson, Emma Stone, Jesse Eisenberg, and Abigail Breslin star in this movie as four survivors on a road trip across the United States in search of refuge in the midst of a zombie apocalypse.

Shaun of the Dead 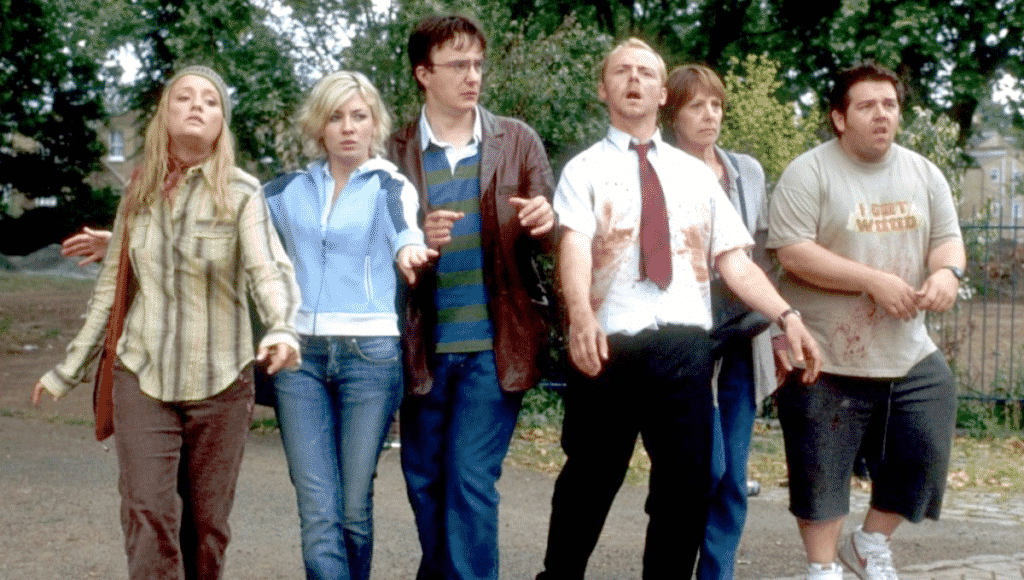 Watch Shaun of the Dead now on Amazon.

Simon Pegg and Nick Frost star in this comedic film as two losers who suddenly find themselves having to fight it out in a zombie apocalypse.

This movie is filled with hilarious and memorable scenes, such as one in which Shaun goes about his morning in London completely oblivious to the disarray, gore, and undead all around him or the where the survivor group fights off zombies in a pub to the tune of Queen’s “Don’t Stop Me Now.” 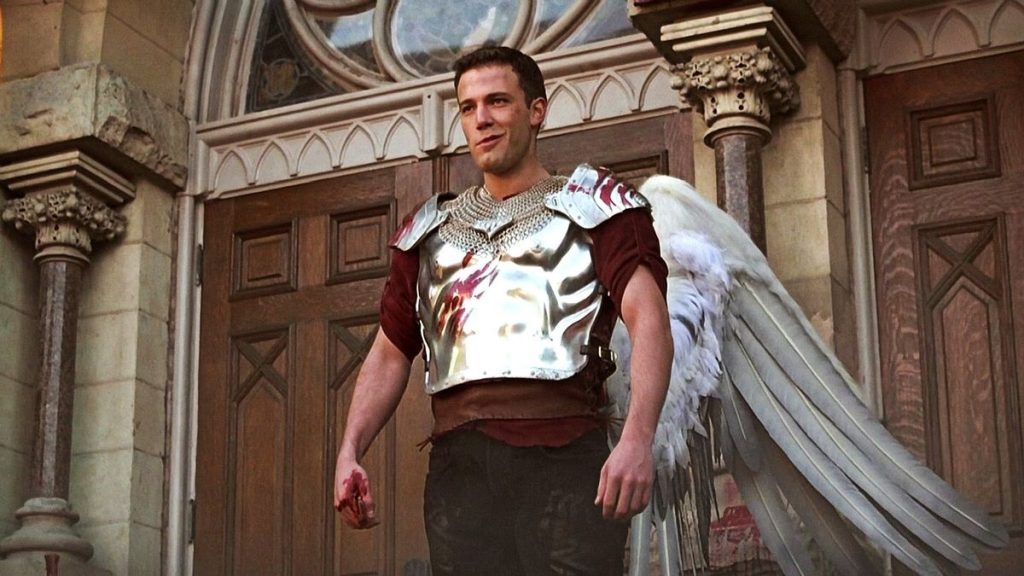 Dogma, which was controversial upon its release in 1999 and was condemned by the Catholic Church, tells the story of two fallen angels attempting to get back into Heaven through a loophole that if employed would also cause the erasure of all creation (which is founded on the basis that God is infallible.)

The film is full of novel, ironic, and comedic situations based around Biblical narratives. It also features one of the funniest and most politically incorrect comedians of all time George Carlin as a Catholic Cardinal, which in itself should give you enough reason to watch it.

This is the End 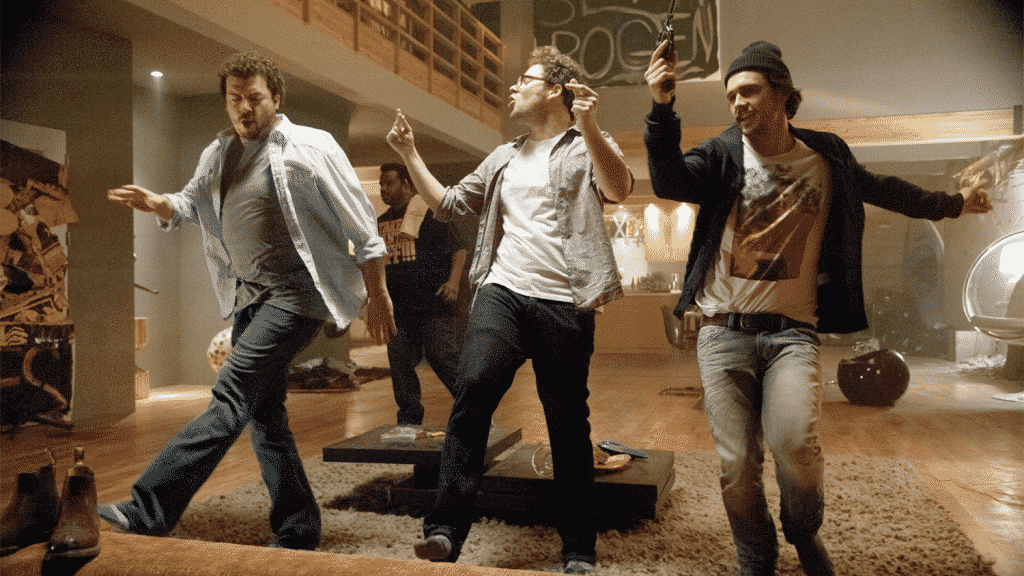 Watch This Is the End now on Amazon.

This is the End features Seth Rogen, James Franco, Jonah Hill, Jay Baruchel, Danny McBride, and Craig Robinson in a movie about the end of times as foretold in the Book of Revelation.

The film centers around people in Los Angeles trying to stay alive while the world spins out of control as natural disasters strike, demonic possession occurs, and cannibals emerge. With several celebrity cameos and an outrageous plot full of inappropriate, out-there humor, you never know what to expect next while watching this movie.

Dr. Strangelove or: How I Learned to Stop Worrying and Love the Bomb

Watch Dr. Strangelove or: How I Learned to Stop Worrying and Love the Bomb now on Amazon.

The 1964 Stanley Kubrick film Dr. Strangelove or: How I Learned to Stop Worrying and Love the Bomb is a satirical flick about nuclear war set during the Cold War. Full of clever dialogue and memorable scenes, including the detonation of a “doomsday machine” to kill off the world’s population, this classic movie is one to add to your bucket list.

Editor’s Note: This is a growing, evergreen resource. We truly value your input, and we will add your suggestions as time goes on. Let us know your favorite movie about the apocalypse in the comments below!