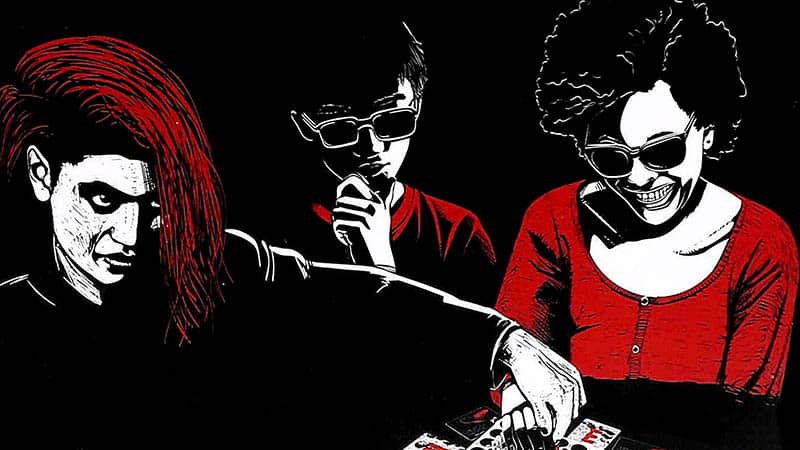 Vet tabletop gamer or not, it’s the season for spooky, so we’ve picked the best horror board games and horror themed board games of all time.

There’s a chill in the air. As the leaves change from green to mottled red and brown, the veil between our world and the world of the dead grows thin. Soon, ghosts, goblins, and all manner of ghouls and haunts will fill our realm with fright (citations needed).

To celebrate the season, we have compiled a small list of the best horror themed board games on the market. ‘Tis the season of fear, and these games will ensure that you and your friends will feel the spirit … or perhaps it will simply possess you?

Premise: In this horror themed board game, you and your fellow psychics are invited to a mansion where you are to solve the murder of the mansion’s owner. The ghost is present and willing to help you solve their own murder. However, the ghost has amnesia and needs help putting the crime back together.

Gameplay: Mysterium plays almost like a reverse of Clue where you need to find the murderer, the place where the murder took place, and the weapon the murderer used. Cards are laid out for the players: murderers, places, and weapons. The Ghost (who must remain silent throughout the entire game) chooses a set of cards that they must point each player toward with vaguely illustrated “vision” cards. The players have a limited number of turns to guess all of their cards and solve the case.

Thoughts: This is a fantastic party game that I’ve tried to find an excuse to play multiple times. The artwork is fantastic, the gameplay is engaging, and the premise is just goofy enough to make the task fun. The Ghost being mute also makes for an interesting element not seen in the other games on this list. Except for, perhaps, the next entry below.

Premise: A killer is on the loose in a dark forest, and you and your friends are being hunted in this horror board game. The only way to find your way out with no light is by feeling your way through the trees. As the killer approaches, can you get out of the forest? Or will you all be destroyed by the darkness?

Gameplay: “Nyctophobia” is the fear of the dark, and this horror board game uses unique blackout glasses to get players to feel their way through the dark forest. Players (the hunted) wear blackout glasses, and are not allowed to see the board. Instead, the hunter serves as both the game’s antagonist, trying to kill one of the players before one of them finds the car token in the forest, and also the one who guides the players in their attempts to navigate the board using only touch.

Thoughts: Nyctophobia: The Hunted was created by Catherine Stippell who wanted to design a game that she could play with her blind uncle. The unique sight-based mechanic of this game is equal parts anxiety-inducing and enthralling. It doesn’t help that the hunter is actively encouraged to taunt and spook the players while aiding them. The end result is a fun, accessible, and adrenaline-inducing horror board game that’s perfect for any spooky get-together.

Premise: As the storyteller weaves a tale of horror and mayhem, you and your friends must make decisions that will affect the outcome by pulling from a Jenga tower. In this horror board game, the more costly a decision, the more pulls you must make. With cooperation, sacrifice, and skill, you and your group must overcome your anxiety, and keep each other alive.

Thoughts: Dread is more of a Role-Playing Game than a simple horror board game. But it more than earns its place on this list due to its excellent and innovative way of telling the story, whatever that may be. The easy rules and flexibility of mechanics make for a great pick-up-and-play RPG for a dedicated game night. As always, make sure to set the mood with lighting, sound, and temperature. Because there are no real physically tangible pieces other than the tower.

Premise: In this horror board game, you and the other survivors awaken in the dark and are attacked by a terrifying white lion. Upon its defeat, you band together and wander the dark world of stone faces until you come to the Lantern Horde where you decide to build your civilization. The road ahead is long and brutal, but the rewards of prosperity and progeny are worth it.

Gameplay: In Kingdom Death: Monster, players build a group of characters and rotate between three phases. In the Settlement phase, the group uses resources to improve the settlement and their characters. In the Hunt phase, players track a monster and make decisions regarding random scenarios. And in the Showdown phase, your group faces off with a nightmarish creature in order to gain its resources. Each of these phases comes with a chance of death, so you are never safe.

Thoughts: Kingdom Death: Monster was one of the first projects I backed on Kickstarter, and I have never been disappointed with that decision. It comes with a 12-pound box of rules, game pieces, and miniatures that are primed for painting. It is as much a work of art as it is a masterclass in game design. I cannot praise this game enough. But the reality is that it’s a big buy-in, currently retailing at a whopping $400 for the 1.5 version (if it ever gets back in stock). For enthusiasts of board games, or miniatures it’s a must-have.

Premise: Players form a group of investigators who attempt to unearth the secret machinations of the “Ancient Ones” and their cultish minions. On their journey through this horror board game, they’ll uncover mystical secrets, foul plots, and do battle with nightmarish creatures that will push their sanity to the brink. Will you and your fellow investigators prevail? Or will you simply go mad, and be swallowed by the unknown horrors that wait you?

Gameplay: A mix of a deck-building and tabletop RPG mechanics that blend together seamlessly. Fans of either genre will find something to love. Each player/character builds a deck of cards ranging from items to spells to companions, and uses those cards to work through pre-scripted campaign scenarios. Each turn, a character may take three actions to try to advance the plot and defeat their enemies. As the campaign proceeds, successes, failures, and the degree to which success and failure is attained affect how the story unfolds.

Thoughts: This is one of the more complicated horror board games on the list. Not recommended for people who just want a chill game night. If every player knows the rules in advance, it would be much easier to set up and play. But it otherwise suffers from the same pitfalls that a tabletop RPG like Dungeons & Dragons would. Once you begin to play, however, the game itself is a delight and has plenty of moving parts to keep even seasoned gamers on their toes.

Betrayal at House on the Hill

Premise: In this horror themed board game, a group of friends enter a strange manor house that seems to have a life of its own. As they progress through its twisting corridors uncovering strange artifacts, and confronting various supernatural horrors, they soon learn that someone among them is not who they appear to be.

Gameplay: Players choose character tokens and take turns moving through the house. They choose the direction they move and revealing tiles as indicated. This, along with many other mechanics, ensures that no two games of Betrayal at House on the Hill are the same. Once the game has progressed to a certain point, it completely changes in accordance with a hidden appendix in the back of the book. The items picked up, the hauntings witnessed, the rooms revealed… All of these factors point to one of the end game scenarios that the “betrayer” must act out.

Thoughts: This is one of my favorite horror board games to play with a group. Not only does it stay fresh no matter how many times you play it by changing up the house tiles, items, and betrayals, but it also changes modes seamlessly mid-play. It has the ability to crank out wacky scenarios at the drop of a hat from zombie apocalypse to a rampaging dragon. Each of these scenarios must be dealt with in its own way and often invites discord in the best way. Betrayal at House on the Hill is not the best game at ending friendships, but it sure tries.

Premise: You and your friends gather in the dark to face your greatest fears in this horror themed board game. To do so, you must gather the Keystones and earn the privilege. The Gatekeeper is both your guide and an agent of chaos. Can you gather the Keystones and defeat all who stand against you? Only by playing the game will you find out, and the clock is ticking.

Gameplay: After setting up the game, which is very straightforward, each player rolls the dice to progress around the board. The players follow the rules presented on special spaces. The goal is to gather one key from each of the colored “realms.” As they play, The Gatekeeper, or another entity, depending on the version you’re playing, will interject at random intervals and require the players to perform certain actions within a time limit. Success often grants a reward, while failure is punished. The first player to gain all of the keys and face their greatest fear at the “Well of Fears” wins the game.

Thoughts: Another unique experience. This has undergone many facelifts since its conception in 1991 under the title of “Nightmare” (changed for copyright reasons.) This one utilizes a video. It keeps the game time and summons The Gatekeeper to taunt and abuse the players as they try to play. Each iteration brings something to the table. But the original Gatekeeper played by Wenanty Nosul will always have a special place in my heart. This is one of the best horror themed board games of all time and perfect for a fun spooky party. I highly recommend it.

Be sure to let us know in the comments below what you think after trying one of these titles. Or did we leave off your favorite horror board game? Let us know!