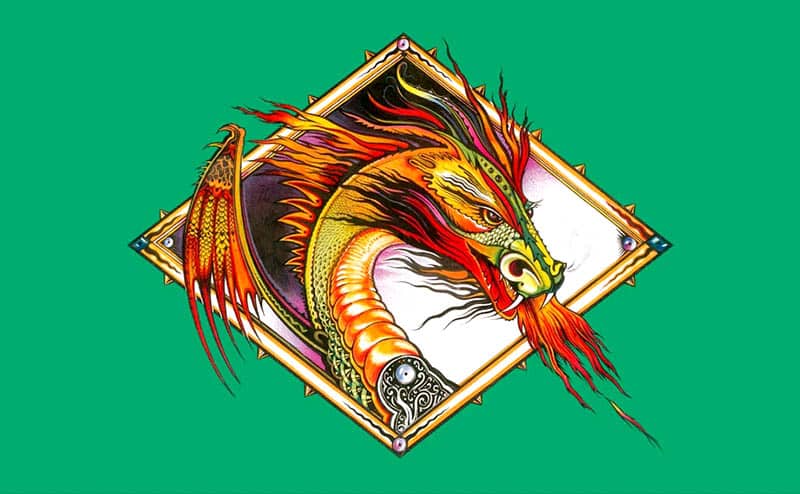 The Eyes of the Dragon might be Stephen King’s most approachable novel for people who aren’t into the whole horror thing.

It’s a story he wrote for his daughter, an adult fairytale that is sometimes gruesome, sometimes evocative, but always mature in a way that pleases my adult sensibilities.

I’m a big fan of fantasy in its many forms, and The Eyes of the Dragon is one of the most grounded tales I’ve read in recent memory.

For any fan of the high fantasy genre, The Eyes of the Dragon is a must read if for no other reason than its interesting ties to the rest of the King Multiverse.

King fans looking for shout-outs to other books won’t be disappointed here. Flagg, a being of pure evil that first appeared in The Stand, serves as the court magician in this story. There is also a very obvious inclusion of the Necronomicon of H.P. Lovecraft fame, and a very subtle nod to The Dark Tower at the end.

“All I can tell you is that…Thomas and Denis had many and strange adventures, and that they did see Flagg again and confronted him. But now the hour is late, and all of that is another tale, for another day.”

This last point cements its place in canon. The Kingdom of Delain is most certainly in the same universe as The Dark Tower.

Although connected, The Eyes of the Dragon is not The Dark Tower. It is a self-contained narrative that allows your imagination to wander even after the novel is completed.

It makes good use of fantasy tropes like “Good Versus Evil,” “Succession Crisis,” “Evil Chancellor,” and “Spare to the Throne.” And manages to avoid the pitfalls of some other commonly used tropes by either having the narrator discuss them, deny them, or flat out accept them.

Often in a dry, witty way that rouses a chuckle.

This takes the reader out of the narrative when appropriate in order to help them suspend disbelief or acknowledge their misgivings about certain plot points only to tell them to relax because “it’s just a story, bro.”

I have to say I could never figure the narrator of The Eyes of the Dragon out, though.

It seemed to either be a historical scholar reconstructing the events of the story from records and embellishing the rest, or some kind of omniscient being that knows all and sees all. Although it often admits to not knowing everything.

While not entirely unreliable, I find that the gaps the narrator leaves out only add to the charming mystery that pervades the text.

This mystery is heightened by King’s use of a soft magic system much like that of Tolkien. The rules are never explained, magicians are rare and feared, and magic is only as powerful as the one who knows how to wield it.

It seems centered on knowledge, which is interesting mostly because we actually see Flagg reading the book several times during the course of the novel.

It’s a detail that many authors would leave out if only to keep the audience engaged elsewhere, but in this capacity it serves to deepen the reader’s curiosity as we learn that the spellbook Flagg is reading from is bound in human skin, comes from the hand of a madman, and can only be read for about an hour at a time or the reader would also risk going mad.

Knowing this, the reader is actually able to know more than the narrator. It’s never explained why Flagg seems to lose his control over his plans as the conclusion draws near. However, during one chapter we see that he goes about reading this book for about eight hours straight.

I mean, we’ve all been there, right?

We get going on a good book and can’t put it down as we snuggle down in our wizard robes near our dangerously venomous spiders and two headed parrot abominations.

The Eyes of the Dragon Hulu Series

I probably should have mentioned that Hulu has picked up this novel to turn into a series.

I’m excited to see where the showrunners over at Hulu will take The Eyes of the Dragon.

But I do have some concerns.

Yes, I realize that by now the show has been smoldering in the wastebasket of consumable media for a little under a year now. But that doesn’t mean that it still hasn’t had a profound impact on the industry.

Looking down the line at other series that are likely to come out within the next year or two I can see The Wheel of Time and two Game of Thrones prequel series. One prequel is based on the first Long Night. The other will be based on the time before the fall of House Targaryen called House of the Dragon.

There will be no shortage of dark, gritty, and gore-filled narratives to keep us entertained. But I hope that they can strike a balance here. The Eyes of the Dragon doesn’t need to go the way of IT and Pet Sematary.

While there are scenes of violence and some bloody and frightening images, The Eyes of the Dragon is a fairytale at its heart. I hope the folks behind the Hulu adaptation can tap into a reserved approach that the subject matter deserves.