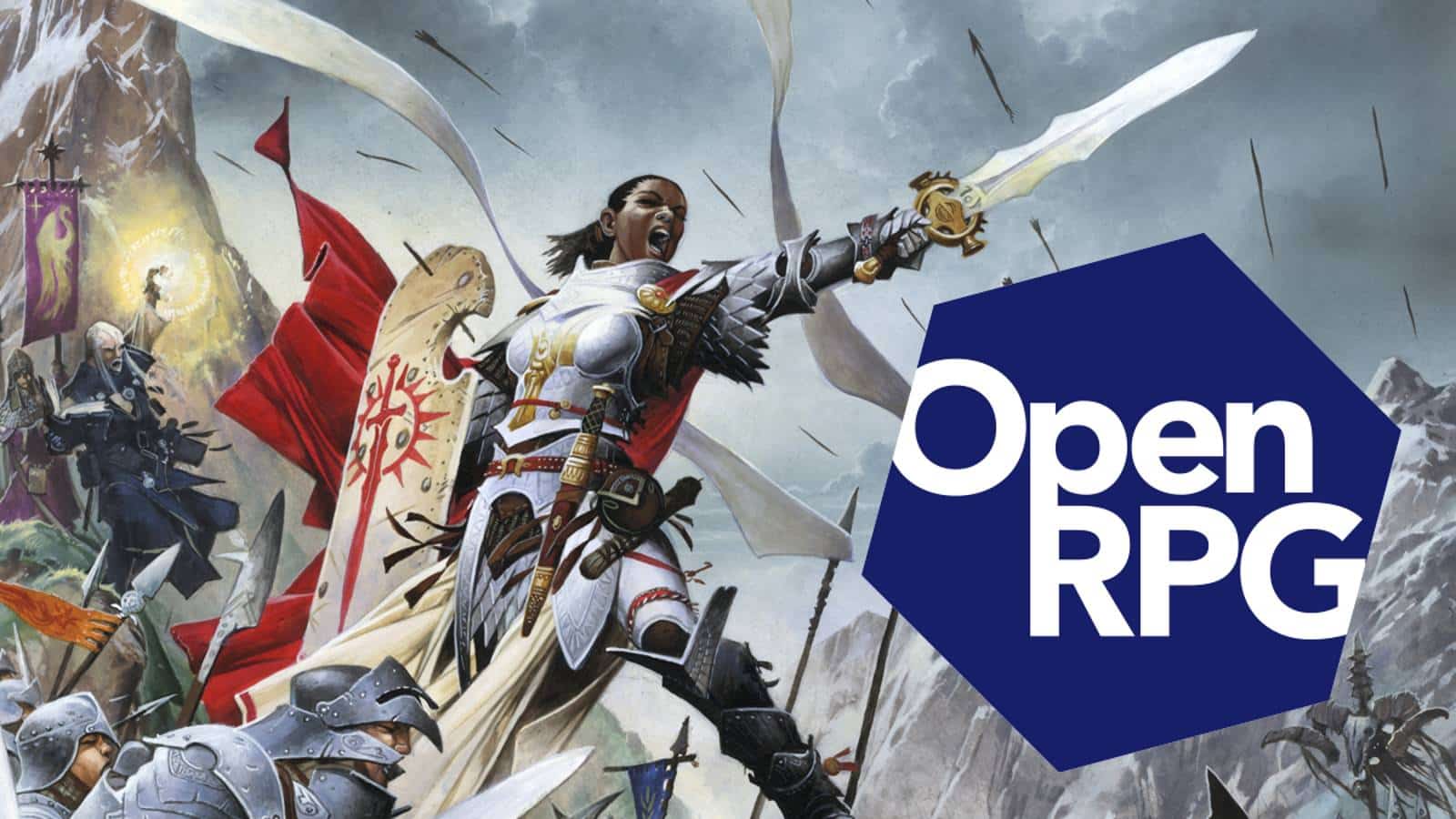 Dungeons & Dragons Let Success Go to Its Head, Now We Need a Revolution

I’m going to preface this by saying I started this article days ago on Jan. 5. And since then the situation has spiraled, fractured, and spiraled again like some cool-ass Japanese fireworks.

My pitch to the editor: “Tabletop gaming needs a revolution in the wake of this OGL reveal.”

As of writing this new preface on Jan. 12, the first flags of that revolution have already begun to rise. Many of the publishers mentioned in this article have begun their revolt against the tyrannical 1.1 OGL of Dungeons & Dragons. Revolutionary acts ranged from announcing the development of their own in-house game systems to coordinating free merchandise for people who canceled their D&D Beyond subscriptions.

The story has moved so quickly that I, who write in my spare time, have not been able to adequately put everything down as it’s been happening.

This article will then serve as a sort of curative experience detailing as much of the story as I can find.

A Brief History of D&D

D&D has always been one of the largest and most popular role playing games of all time.

From humble beginnings as a make-believe war game called Chainmail to its now explosive 5th edition, which has created a swelling meteoric rise in playership, Dungeons & Dragons is the undisputed king of TTRPGs (Tabletop Role Playing Games).

However, just like Louis XVI who presided over the fall of the French Monarchy in 1793, Cynthia Williams may soon be staring out her window to see pitchforks and flaming piles of the Player’s Hand Book.

Williams is the current President of Wizards of the Coast, the Hasbro subsidiary that publishes several premier tabletop games like Dungeons & Dragons, which has seen its fan base rapidly shrink over the course of a few days due to asinine policies that have been actively hurting their brand in the name of profit.

To understand what is happening in D&D right now, it might help to see what WotC has been doing with another of their giant IPs, Magic: The Gathering.

Squeezing More Money Out of Magic: The Gathering

MTG is a rather expensive hobby now-adays if you want to play with the physical cards with the price of competitive decks rising into the hundreds of dollars. A much more economical option if you’re seeking to simply play the game is to sign on to Magic: The Gathering Arena.

MTG Arena is a digital version of the popular card game that launched in 2018. Players can play to earn digital booster packs to increase their available cards to build more powerful and strategic decks to continue to play to win more cards.

This is the core game loop of MTG Arena. Win matches against other players to get cards to win more matches.

With this came its own set of problems. The players who weren’t going to play MTG in person or couldn’t due to the pandemic and corporate watchdog policies that took many mom and pop shops off the map as places to play the game have migrated into the digital space.

This has caused a clear divide in the playerbase that WotC has taken advantage of to market overpriced “Secret Lairs” to “whale” players with high disposable income.

The physical version of MTG has become a much smaller and angrier space than it was before the pandemic, and those who I have spoken to in the community point the finger at WotC’s corporate greed and the schism it has created in the community.

This perfectly mirrors what we are seeing in the Dungeons & Dragons community.

In 2022, Wizards of the Coast acquired D&D Beyond from Fandom, Inc. A toolset originally created by the now mostly-defunct Curse Gaming to build characters for D&D.

When WotC acquired D&D Beyond, it began to flood the toolset with digital books, locking content behind paywalls, selling virtual dice, and reading player data to glean insight into their new favorite customers—subscribers.

WotC now has everything they need at their fingertips to mine for data to sell their product; player demographics, custom items, which products are consumed most frequently and by who—all the normal boring corporate spying we’ve come to know and normalize from marketing teams in every sector of the economy.

And for the most part, we turned a blind eye to it because WotC seemed to be taking player feedback seriously, putting out tons of surveys and playtests in the form of Unearthed Arcana. This had garnered a lot of good will with players, as WotC and D&D were now seen as a community more than a corporation.

Since the release of 5th edition and the reauthorization of the OGL after it was limited on the release of 4th edition’s GSL, the community has seen a surge of new players for numerous reasons:

Nothing illustrates this point more than the holy scripture that is the Open Gaming License 1.0 (OGL 1.0).

This document, according to OpenD&D — A site that has sprung up in the wake of the WotC fiasco, is Inspired by open source coding projects, and creates a “copyleft” agreement which forces everyone to allow anyone to use a given work in any way they want to, unrestricted.

This was not done out of the good of the company’s heart. It was a marketing strategy that paid off in a big way, allowing the creation of numerous 3rd party vendors that could sell supplements for the product, and even gave rise to entire new games like Paizo’s Pathfinder and Chaosium’s Call of Cthulhu. Even Matthew Mercer’s Tal’Dorei Campaign Setting was created on top of the OGL.

Think of the original OGL as the source code for several different games and companies who sell those games rely on it to stay in operation.

All of this has led up to this moment in time when D&D has effectively more than 80% of the market share in TTRPGs, a new movie coming out soon, a line of 50th anniversary Legos in the works, and a slew of projects they are actively trying to market under the “OneD&D” name including their own virtual tabletop (VTT) which would plug into D&D Beyond and allow players from all over the world to experience D&D as if it were a AAA video gaming experience with all of the content they already own through the subscription service.

With this, however, came a host of new problems that served as early warning signs of the current company trajectory for observant creators like YouTuber Discourse Minis.

In comes OGL 1.1 (Restrictive License, or RL from here out), a document that would apply multiple restrictions to the work of 3PPs. Including:

These three provisions aren’t terrible in and of themselves. It seems like standard practice to brand products and gather marketing data. However, upon signing the agreement, you are also bound by the next provisions.

The next bit is where the spark that lit the flames of revolution began. An independent journalist, Linda Codega, reported that they had obtained a leaked copy of the entire RL.

Codega claims that the RL will effectively render the OGL null and void, meaning that every product—supplement, novel, play, or merchandise that was built upon the OGL or D&D property could become subject to control by WotC.

As of the writing of this article, WotC has not commented directly, instead using the D&D Beyond Twitter as a shield for the brand with this tweet:

(Note that the official Dungeons & Dragons Twitter liked it)

In addition, Dungeons & Dragons has canceled spaces to talk about the RL twice this week and an anonymous (but verified) employee of WotC has come out address the community directly:

If everything above this wasn’t enough, this is the nail in the coffin.

Wizards of the Coast has effectively shot themselves in both feet in a rake factory. All the aforementioned good will that the brand has cultivated over the past 20 years has seemingly evaporated overnight.

Even a full walkback of the RL may not be enough to stop this momentum. #StopTheSub has already hit trending on Twitter and it’s full of screenshots of WotC’s favorite people—subscribers, on the cancellation page.

To make matters worse for D&D, as if there could be a “worse” at this point, Paizo Publishing (yes, that one) has announced an OPEN RPG project, affectionately called ORC by the community, that would create an independent non-profit organization to carry a universal OGL that could be used by anyone at any time, for any project.

The dust is still in the air and the swords are still clashing in the fields. With banners held high, the community marches onward into the future, not knowing what the next day will bring.

Hopefully when the last drop of blood has been spilled, the survivors will stand in the light of a new day and know that, together, we are strong.

Together, we can bring down giants.