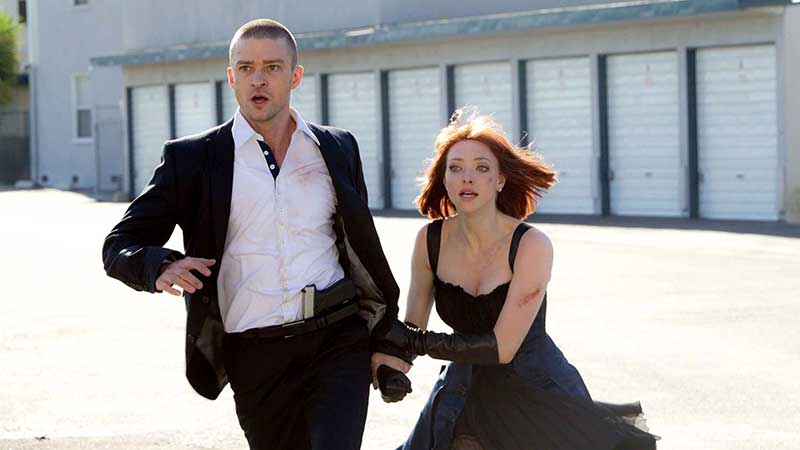 TV Adaptations: 10 Terrible Movies That Could Be Great Shows

Some movies may fail at the box office or in the hearts of critics. Interestingly enough, those same intellectual properties may have been better off as TV adaptations.

Not long ago, a movie star would have fired their agent if they proposed a TV show role. But the lines have become more blurred than ever. Many of the industry’s biggest names are happy to sign up for a TV project with strong material.

There are plenty of failed movies that could have done with the extra running time. Many times, a prestige TV series just fits better than a standalone feature film. Let’s take a look at 10 terrible movies that could make great TV adaptations.

Surrogates arrived just at the tail end of when Bruce Willis still cared about the movies he starred in. But his sleepy performance pulling double duty in the sci-fi misfire was nonetheless a worrying sign of things to come.

Terminator 3 director Jonathan Mostow’s wannabe blockbuster is not a great movie by any means. But what if the central concept stretched itself out over a run of episodes? Then, it could be something special.

Picture it. A story about a near-future where the majority of the population live their lives through humanoid robots that they control from the safety and comfort of their own homes. It’s ripe for allegory and sociopolitical subtext, especially these days.

People already create entire personas for themselves online (hello, metaverse). With the world getting scarier than ever, having an android be the face of your existence while you keep the blinds drawn could be something interesting to explore in a full TV adaptation.

The Book of Eli is the sort of action thriller that Denzel Washington can churn out in his sleep. But there’s a unique mythology lurking just under the surface. One that never gets fully explored in the 117-minute runtime.

The world-building was easily the best and most exciting part about the movie. Plus, its set-up is tailor-made for episodic television. A lone warrior travelling through a post-apocalyptic wasteland, defending the only copy of the Bible in existence. It calls for a TV adaptation.

The bad guys want it for themselves because they know the power it can wield over society. That sets up some thought-provoking examinations on humanity, theology and religion. Wrapped in the clothes of an action-packed adventure with shades of Mad Max and The Walking Dead.

Of course, there’s already a Van Helsing TV show out there. One soon to wrap up after a fifth and final season. But that’s not the member of the family we’re talking about.

Stephen Sommers’ 2004 blockbuster boasts the highest of high concepts, as a much younger and exponentially more handsome monster hunter than we usually see traipses around 19th Century Europe to wrangle some of Universal’s most iconic characters.

Van Helsing, as a movie, was terrible. As a concept though, there’s plenty of mileage that Sommers couldn’t hold his wad long enough to explore in sequels. The pitch remains rock solid.

An action-adventure TV adaptation tracking Vatican-sponsored Gabriel across the continent as he dispatched his enemies is a genre fan’s dream. Especially if you had Dracula pulling the strings in the background as the big bad.

Some Stephen King stories work better as movies. Others as TV shows. Some should probably never get adaptations at all. The Dark Tower falls somewhere between the latter two categories.

Many regard the story as the prolific author’s magnum opus. There was no chance that anyone could contain the sprawling and dense narrative to one movie. Never mind one that ran for only a little more than 90 minutes.

There’s simply far too much to unravel and unpack. It’s a generational saga full of intricate details and a wide-ranging cast of characters. One ripe for the sort of treatment received by other large-scale TV adaptations. It could be a series spanning multiple seasons. One like the world has been waiting for ever since the end of Game of Thrones.

The movie adaptation of The Losers faded from the public consciousness almost as soon as it hit theaters. But now the comic book genre is stronger than ever on both the big and small screens. This self-aware and irreverent saga would definitely be worth a try for any studio willing to take the risk.

A team of former Special Forces operatives betrayed by their handler. Left for dead at the end of an operation gone wrong. It’s the sort of pitch that almost guarantees an audience. One that plays well across all demographics and opens up the story for globe-trotting action. Not to mention the ability to take a serious look at the idea of governmental oversight. Without leaning too far into the political side of things.

All of the major characters are essentially one-note archetypes. But if cast correctly, a TV adaptation of The Losers could be the perfect blend of The A-Team’s over the top set pieces and Homeland’s deep dive into political machinations being used in morally gray fashion.

Despite the presence of Michael Fassbender as both leading man and producer, the Assassin’s Creed movie was arguably even worse than Jake Gyllenhaal’s similarly parkour-friendly Prince of Persia: The Sands of Time.

The games have become increasingly convoluted when it comes to piling mythology on top of mythology. One of the reasons why the movie adaptation didn’t work. But strip the entire core concept back to basics and you’ve got the makings of a historical action series. One that doubles as a modern day espionage thriller TV adaptation.

An unwilling protagonist who finds himself caught up in a centuries-old war between the Assassin Brotherhood and the Knights Templar. Sounds insane. That’s exactly why it would work for a showrunner brave enough to jump between time periods with reckless abandon. It’d mine the obvious commentary. An evil corporation using their wealth and power to manipulate the past. Because they’ve already pillaged the present for all that it’s worth.

Netflix’s first foray into original blockbuster territory took place in a world adjacent to our reality. But you can tell director David Ayer was reluctant to fully embrace the more outlandish aspects of his fantasy-tinged L.A. For instance, a dragon flies across the skyline and a centaur pulls traffic duty. Except, neither mythological creature plays a part in the story. We never see them onscreen again.

The filmmaker instead opted to make the sort of straightforward cop thriller that’s been his bread and butter for almost two decades. Except this time, one of the leads is an orc and the MacGuffin at the center of the story is a magic wand.

Pull back on the realism, go all-in on the fantasy. Then, the ingredients are there for The Witcher meets the standard police procedural. Sounds so crazy on paper that there’s no way people wouldn’t want to see such a TV adaptation.

Another great concept too expansive for a single movie. In Time takes place in the year 2069, where humans are bred to stop aging at 25. Once you get there, a countdown starts. If you don’t earn the money to keep it going, you’re dead in a year.

It didn’t work at feature length. But expand the core idea out to 10 or 12 episodes and it could result in a great TV adaptation. Money is essentially worthless with time being the new currency. So, the rich essentially live forever and the lower class work menial jobs to stay alive.

That’s some pretty deep social satire that the TV format would allow to breathe and sink in. As opposed to the rushed broad strokes of the movie. It aimed at easy targets because that’s all it had the time to do.

2. The League of Extraordinary Gentlemen

A production so tortured that it ended two careers. The League of Extraordinary Gentlemen came at a time when virtually every comic book under the sun got the movie treatment. Based on little more than its existence.

In the end, Stephen Norrington went into self-imposed exile, Sean Connery retired and the would-be blockbuster tanked at the box office, as adaptations of Alan Moore’s graphic novels continued to disappoint.

The source material is incredibly well-written, featuring complex interweaving narratives and engaging characters. A League of Extraordinary Gentlemen TV adaptation that hewed much closer to Moore’s work in terms of style and scope would be something like Penny Dreadful on steroids. Or even more excitingly, the Steampunk Avengers.

Creating an entirely original superhero movie is a big ask. Given that we’ve seen everything before on both the printed page and the big screen. But Paul McGuigan’s Push does a fantastic job of setting the stage, before running out of time to maximize the concept.

The U.S. government created a top secret agency after World War II to capture and experiment on people with superhuman abilities in an attempt to weaponize them. Split into nine categories, each with their own unique set of powers, a TV adaptation could be a mix of comic book show, political thriller, and spy series all set in a totally unique world.