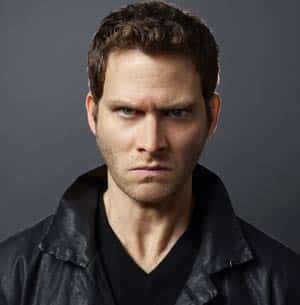 Do No Harm Canceled After Only Two Episodes

News came today via The Hollywood Reporter that NBC is turning out the lights on its new drama. With Do No Harm canceled, I’m left to wonder why I repeatedly put my faith in good cable TV.

There were three hugely hyped TV dramas this season. The Following, The Americans, and Do No Harm. Out of those three, Do No Harm had the strongest pilot. No, it didn’t gross you out like The Following. No, it didn’t have a sexy premise that made you conflicted like The Americans. But it did have damn good writing. By this I mean the plotting and exposition. It accomplished a lot in few strokes, and none of it felt forced.

Sure, it was just a Dr. Jekyll and Mr. Hyde rehash, but it felt fresh and modernized. I would compare it to BBC’s handling of Sherlock, almost. You have this problem of someone saying “surely he could find a way to stop it,” and the very first episode credibly portrayed a man doing all he could. The ways he invented to ensnare his adversary personality made you like the good doctor all the more. His struggle, and his ingenuity in that struggle, is what made you root for him.

It was a ratings thing. And yes, reading THR’s article the ratings were quite abysmal. I don’t really fault the network for feeling they had to pull the plug, but it’s a sign that maybe our system of ratings is flawed. For one, there’s the nature of how they tally these ratings, which I won’t go into in this one blog post. There’s enough articles out there detailing the ineptitude of the archaic system in our modern age. Then there’s the fact that marketing weighs pretty heavy. And marketing for this show was horrible.

I nearly didn’t watch Do No Harm myself. It looked like a bad rehash, and one where the “fun” of the show was centered on the Mr. Hyde of the story. Just look at the promos and adverts, in print or TV. They all make the lead actor seem horrible at his job. He grimaces when he’s Mr. Hyde, and he gently smiles when he’s Dr. Jekyll. It’s not really the actor’s fault. I guess he just has that face. It’s not really built for subtlety. But in motion he seemed quite capable.

But really the beauty of this show was the Dr. Jekyll. He was a very capable man, a genius even, tortured by the part of his personality that wanted to use that genius for evil. It could have been a very poignant show. The writing in the first episodes show the staff knew how to write a hero, and perhaps they could have shown later that they know how to write a story with heart as well.

Sure, the show could have eventually become a procedural, with a new patient each weak and little focus on the overarching story, but it might not have been. We won’t really know now, will we?

I’m not saying this show was the second coming. It was good. It had promise. It seemed like a smartly written version of a very old, overused idea.

Perhaps the big four is not a place for drama besides Law and Order and the like. They don’t have the infrastructure needed to foster a show through its growing pains, waiting on word of mouth to declare winners and losers. I’m reminded of all the past shows I’ve loved and lost before they ever got a foothold. But I guess that’s just the nature of the business. For now, I’ll be keeping my eye on the show creators to see what they do next. This one is done. Rest in peace.

Do No Harm Canceled After Only Two Episodes