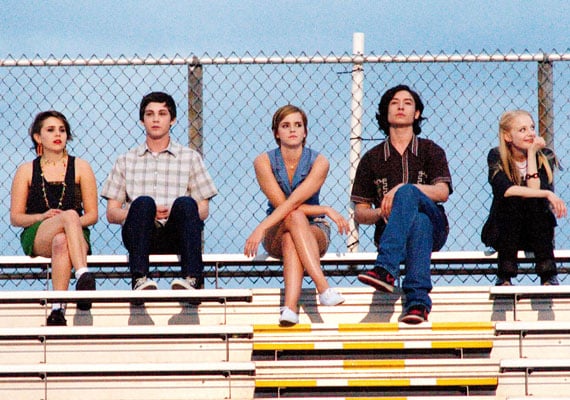 The Perks of Being a Wallflower Film Review 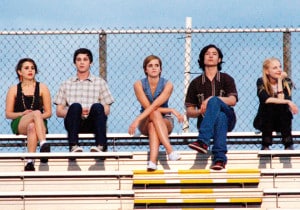 The Perks of Being a Wallflower film, not to be confused with the cult novel of the same name, released on DVD and Blu-ray yesterday. This review will be concerning the film alone, as I’ve sadly not read the novel yet.

This movie might masquerade as a coming-of-age flick, but its tone and subject matter is a hard left turn from the usual fare. It has more thematically in common with Augusten Burroughs’s Running with Scissors. It’s about different teens with a past that left them damaged and withdrawn from society, and about how life seems to keep pushing them out of the way. Only in discovering that there are others like them do they realize that there’s a place for them.

The acting is better than most indie-style movies. The standout performance comes from Ezra Miller, who plays the (somewhat) flamboyantly gay Patrick. He embodies, with his mannerisms and effortless charm, that these wallflowers deserve to be much more than outcasts. Upon watching, you immediately want to be his friend, somewhat shattering the idea of popular vs. unpopular. Oddly, Emma Watson, arguably the biggest star, is the most stilted. However, perhaps her character is supposed to be self-conscious but trying to be extroverted, which would explain Watson’s portrayal.

It’s similarly interesting how the teens trade music and books throughout that, at the time (set in the early 90s), were considered fringe but are now embraced, partially due to the Internet’s proliferation. To think that David Bowie’s Heroes, and now The Wallflower’s more ubiquitous cover, was once considered a “discovery” might come as a shock. As one who lived through the time, it landed perfectly correct.

Really, the movie is somewhat of a commentary on how today’s world is much less splintered. Once, you had popular culture and fringe culture, and never did the two paths cross — or at least they weren’t supposed to. We might think now that everyone listens to Justin Bieber and Ke$ha exclusively, and that we’re on the outside with our Grizzly Bears and whatnot, but really things are much more complicated. It’s possible that, as Charlie learns, the wallflowers just stepped up and started becoming a participant in life. They asserted themselves, and now we’re seeing the effect of a more inclusive society.

But that discovery, somewhat true even today, of the indie, the fringe, etc. usually comes when one withdraws from society. And that’s usually caused by what Charlie calls “pain,” whether this means not being accepted for what you are (homosexuality) or early abuse (molestation, rape, etc). It causes you to be a wallflower, but the perk (get it?) is that you discover art and ideas forged from people’s struggles, which is admittedly some of the best art.

The only downside to the movie is the somewhat downbeat tone, even present in the film’s more uplifting moments. Take Charlies proclamation that “we are infinite.” It’s an uplifting thought, but what is it really saying? Is it saying that these kids are infinite in that there will always be a counter-culture, and that there will always be misunderstandings and pain? This is quite a sad thought. Or perhaps it’s saying that they can rise above that pain, and realize that they’re still part of the human race — much less sad. Truly, I think it can be taken both ways, and is intended as such.

Another minor fault is that there seems to be much unsaid, which is probably due to the adaptation process. We learn a little about Charlie’s past and what has caused his psychosis but not fully. We’re left to assume a lot about his mental state — which is not really a bad thing, because it forces us to think.

The Perks of Being a Wallflower film will make you think, much more than other movies nowadays. It will speak to you on some level, even if you lived a perfect life and were captain of the football team. Deep down, you struggled with something that made you different. Deep down, you worried, like Charlie, that if people really knew how crazy you were they’d never talk to you.