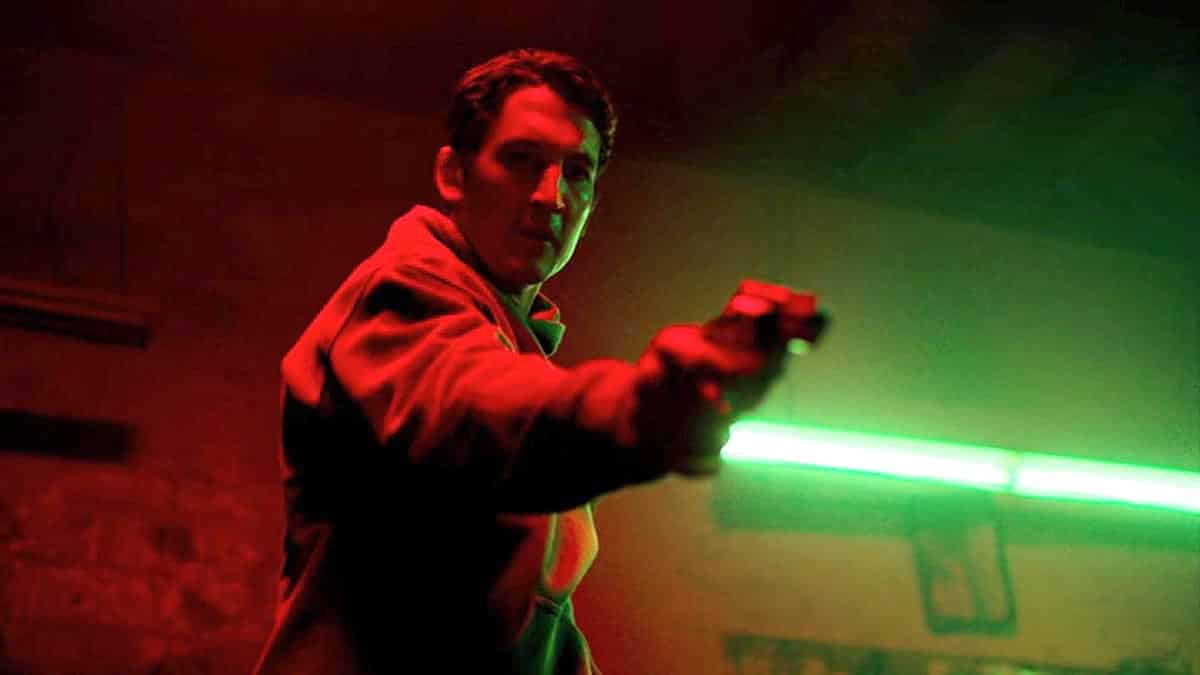 Too Old to Die Young is Too Slow, Too Weird, Too Hard to Stop Watching (Review)

“Keep your face as impassive as possible. Wait twice as long as you would normally wait—to respond to anything whatsoever. Then wait some more. Now and then? Dance.”

I can’t swear that these were the instructions that the Nicolas Winding Refn, Danish writer, director, and producer of Amazon’s ten episode limited series Too Old to Die Young, gave to his cast for the first season. But… the result is on the screen. Assess for yourself.

And assess you should.

Too Old to Die Young is one of those Cin/Vid oddities which cause at least some of us to repeatedly say to ourselves and our viewing partners, “Just a… little more.”

Took me a while to search for a comparison, but I came up with the answer: David Lynch.

Lynch’s first feature-length project, Eraserhead, came out in 1977. I saw it not long after its premiere, it having almost immediately become a cult “midnight movie.”

It was hard to watch, both moment-by-moment and all the way through. [spoiler alert] Screaming monster/baby in crib; lather, rinse, repeat.

My friend Pete and I, still shy of age twenty, took turns looking at each other in frustrated perplexity and saying, “Should we just, maybe… go?”

The required response, when the other person said that, was, “Just a… little more.”

Which—on again, off again—took us through the entire ninety minutes or so.

I remain ambivalent about whether or not watching Eraserhead was time well spent, but a decade later, when Lynch perfected his slo-mo-punch-in-the-face style, I thought Blue Velvet was a (disturbing and hard to watch in a different set of ways) masterpiece.

Too Old to Die Young is not a masterpiece.

But it makes you think. In part, because of those long, long pauses, the style of which thoroughly subverts the decades-long march to ever more naturalistic acting.

There are some wonderful peripheral characters who seem to move at full speed in entertaining contrast to the core actors, and if the pacing of most of the dialogue is glacially artificial, the regular dollops of ultra violence are delivered in that trendy hyper-realistic, heads exploding in slow motion, precision gouts of blood painting the landscape and the actors fashion that has become de rigeur in modern cinema.

And then again—paging David Lynch—there are the complicated, perverse, and to at least this twisted mind, credible sex scenes. One of the characters (Yaritza) jerks off another (Jesus), smears his spendings on his face and then thrusts her fingers into his mouth, to the point of gagging him, so that he can finish cleaning up his own mess.

A Harlequin Romance moment to share around the brunch table?

Closer perhaps, however, to the mortifying, bizarre, and messy sex lives that we actually live, the weird muttering and pleading we do in the ears of our most intimate partners, in the dark of night, in contrast to what we talk about out loud, or most especially, what we publicly admit?

If sex and violence aren’t your thing, or not these flavors, anyway, simple enough. Not your series. Move along, nothing to see here.

Thematic consistency, if that’s one of your hobby horses, is another matter entirely.

And here Nicolas Winding Refn sloshes over the lines with glee that is enthusiastic and aggressively heedless of audience expectation.

I was a little surprised to see that he had written and directed all ten episodes, co-writing nine of ten with Ed Brubaker with an assist from Halley Gross on the last two, which nixes the explanation that a weak show-runner gave too much of a free hand to a different writer / director with a different vision of the project on an episode by episode basis.

Too Old to Die Young is… a Cop Opera.

Or it’s a Moralistic, Supernatural, Crime and Horror story.

Some viewing experiences are journeys. Start at Point A, traverse the alphabet, and end up at Point Z.

Some viewing experiences are rides. Please remain seated until the roller coaster comes to a complete halt!

Too Old to Die Young is a trip. A shopping mall parking lot carnival on shrooms: “Is that Hell? No, wait! If I squint, I can see it’s actually TJ Maxx — on Black Friday.”

Is that a relief or is it just confusing?

Depends on what kind of glasses you’re wearing and what you’re expecting to see and… what you’re into.

Nicolas Winding Refn’s breakthrough work was 2011’s Drive, that fast, glitzy, and violent movie starring Ryan Gosling, with whom he subsequently worked on 2013’s Only God Forgives. One can see that Drive DNA in Too Old to Die Young, and at the series’ fairly well-received debut at Cannes, he referred to the project as “a 13-hour film.”

At publication, a second season of the series is not set or expected.

If the final episode, which clocks in at a run time of 31 minutes, the shortest of the ten, (the longest running a full 97 minutes of run time) doesn’t completely tie the story up in a bow, that’s for the best as well.

Too often, people—auteurs, advertisers, networks—try to stretch out work that is better understood as an explosion than as an endlessly-extensible journey.

It’s a happy surprise these days when that doesn’t happen. When the imperatives of art, whether you like, respect, or understand it or not, aren’t trumped by the soul-less gods of economics.

Too Old to Die Young