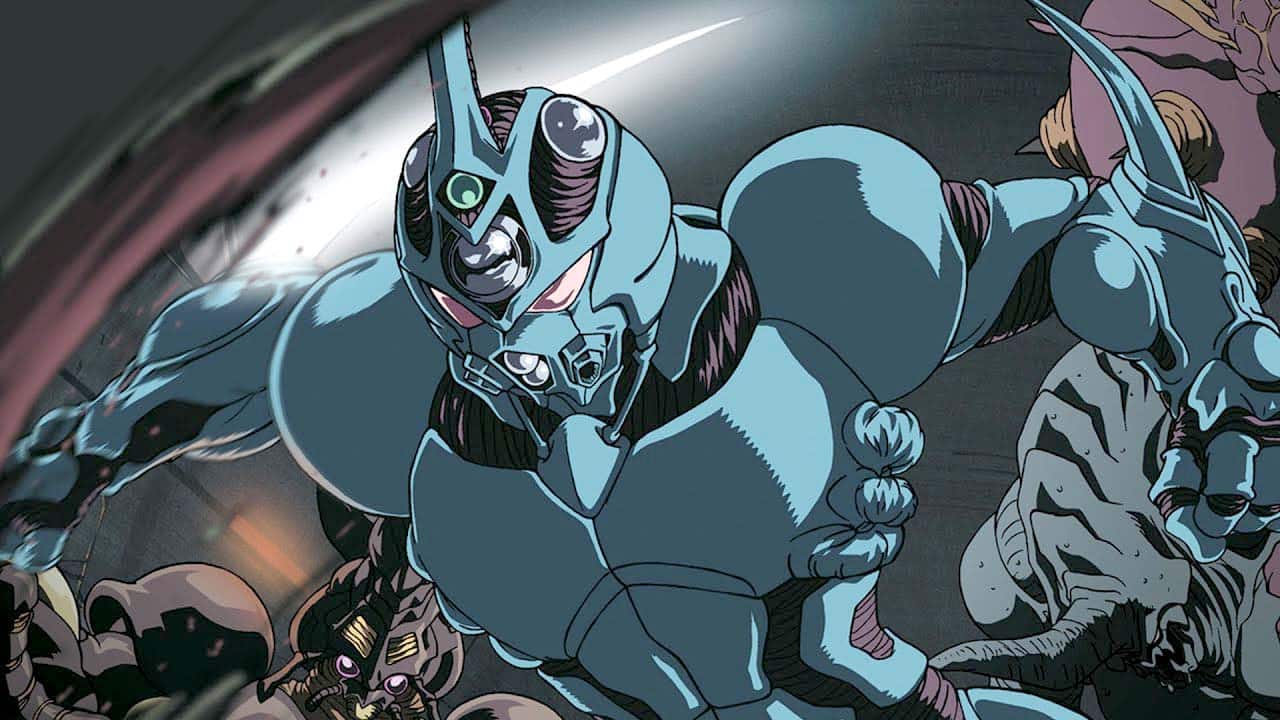 So, genre fans often overlook sci fi armor used by protagonists and antagonists alike. This is despite plenty of examples throughout various media that suggest armor can indeed be the best weapon of all.

We have scoured our nerd banks for the best examples of armor in science fiction that we could find. Here they are in no particular order (though we’ve saved the best for last) for your amusement and scrutiny.

Many of the armors on this list share similarities with one another. However, it’s important to remember one principle. The only limit to the functionality of this future armor is the imagination of those creating it.

There are a few simple problems that sci-fi armor, or any armor, needs to solve. It needs to protect the soldier or user, it needs to allow the user to function at their job better, and it needs to support the user’s chosen weapons.

In dealing with those problems, there are many solutions. They include a tough material, automatic medical attention, shock absorption, body enhancement, and various attachment points or design elements accomplish all of this.

No matter what universe an armor design comes from, it will need to conform to these principles.

The Best Sci Fi Armor from All of Fiction

There are several factions that utilize this class of armor in the Warhammer universe. However, none compare to the awe-inspiring, tech-filled Power Armor of the Space Marines.

Each sci-fi suit is a marvel of military technology. These creations exist by virtue of the war-like tendencies of humans. Afterall, they’ve had aeons of research and development in killing each other.

In this future, the best of the best become Space Marines at the behest of the God Emperor of Mankind. Each future soldier receives a futuristic armor suit of ceramite plates reinforced by plasteel hung on an adamantium chassis.

It sounds like a bunch of jargon. And it is. But basically it makes this sci fi suit of powered armor shock resistant and nearly indestructible for every equipped Marine.

Such futuristic body armor would be impossible to lift if not countered by technology. These suits use a host of sensors and electric-powered fibers that mimic the soldier occupant’s movements. The software suite inside boasts target tracking, threat analysis, and medical feedback that helps a Marine stay in the fight.

Okay, so this may not exactly be “armor,” but it damn well does the trick in a pinch.

This mechanized exoskeleton made of industrial steel runs off power from a hydrogen fuel cell and several hydraulic actuators. The rig is able to increase the load-bearing capacity of the operator by several thousand times. Upper limits of its lifting strength measure in somewhere around 9,000 pounds.

In the sci-fi-horror movie Aliens, Ellen Ripley dons the work suit in a climactic battle. And she performs a feat replicated by only a handful of the most powerful Predators in the universe. She takes down an Alien Queen and lives to tell the tale.

The P-5000 is not the most powerful armor on this list by a long shot. Yet, it wins the title for most feasible. Who knows? In the next ten to twenty years, this hydraulic lifter concept might be commonplace around job sites and warehouses. We can only dream.

While Anthem as a whole is not doing very well in sales or … well, anything at the moment, we can still appreciate the armors they have created.

Each javelin type, Ranger Interceptor, Colossus, and Storm has its own play style, abilities, upgrades, and customization options. The starting armor, Ranger, is pretty versatile. The other javelins specialize in melee, heavy artillery, and long-range elemental attacks, respectively.

These powerful war machines are highly effective in combat, especially in groups where different javelin types support one another.

This coupled with their highly-pleasing science fiction aesthetics (with the exception of Colossus) make the javelin units a fantastic addition to the sci-fi armor pantheon.

If you’re a fan of anime, especially anime that features hardcore female protaganists that kick ass but are also vulnerable and have feelings, do yourself a favor and watch Alita: Battle Angel.

My only regret in telling you this is that you can’t currently see it in 3D on a big screen. That’s the way it was meant to be seen. Still, if you do not want spoilers for the movie, skip the rest of this section and head to number 5.

After Alita suffers defeat at the hands of a powerful cyborg named Grewishka. Her “father,” Dr. Ito, comes to terms with the fact that Alita is never going to stop fighting for her beliefs and her right to exist. So, he transplants Alita’s remaining body (she is a cyborg after all), into a Martian-made, super-powered body. One created for the express purpose of arming cyborg warriors during a war known as The Fall.

Its combat capabilities are far superior to her first body. Thus, she experiences increased strength, speed, reflexes, balance, and endurance as well as gaining a nanotechnology healing factor.

The lore behind this body varies wildly from the manga, but the results are the same. The Berserker Body is Alita’s most powerful form, and allows her to become a true Battle Angel.

Video games give us no end to cool-looking armors that help us justify taking thousands of bullets from enemies and never going down. But there’s one suit in particular that has captured the fascination of gamers since its inception back in 2001.

We are, of course, discussing Halo’s Mjolnir Powered Assault Armor, otherwise called “Spartan” armor for short. Though that is a sort of misnomer. The Spartans in Halo are the genetically enhanced soldiers who wear the armor. The Mark VI armor is the iteration most associated with Halo’s main character, John-117, AKA Master Chief.

This Halo suit, military designed, features an outer frame comprised of a titanium alloy. Likewise, the next layer is a titanium nanocomposite. Then, there’s a gel layer and a liquid crystal layer that gives a Spartan increased performance in the Halo universe.

The armor’s entire design is a complicated work of art. It all amounts to half a ton of armored suit that’s impervious to anything less than the most powerful beams, shells, and explosives.

The Mk.VI also boasts adaptors that give the soldier wearing it medical attention when needed, rendering in-the-field medics obsolete. This powerful suit from Halo is lauded as the most powerful weapon humanity has ever created. And Master Chief has topped many a teenage boy’s lists as the most powerful badass of all time.

If there’s one thing anime tends to get right over other forms of fiction, it’s the importance of bad ass armor.

From the berserker armor of Guts (Berserk), to the shining regalias of Saint Seiya and Ronin Warriors, anime puts a big emphasis on the defensive options of its protagonists. None is more awesome than the titular Guyver armor.

In a world dominated in the shadows by evil mega corporations made up of shape-shifting mutants known as zoanoids, an unsuspecting boy named Sho inadvertently gets merged with an alien bio weapon known as The Guyver Unit.

Even if a battle leaves Sho vaporized, a single cell attached to the Guyver’s control unit is enough to let Sho pull a Wolverine and completely regenerate. Guyver also gains several weapons such as vibration swords, extrasensory perception, lasers, and its ultimate weapon: The Mega Smasher, an over 100 Megawatt particle beam cannon.

This armor is the ultimate fusion of offense and defense, topping our list. If you haven’t seen any of this anime or read any of the manga you’re missing out.

Word of warning: it is some of the best in 1980s hyper violence. The squeamish need not apply.

So there you have it, the six best examples of armor in sci-fi that we could draw from our memory banks.

Do you agree or disagree? What other sci fi armors should have made this list? Let us know in the comments below!

What about the Nanosuit from the Crysis Series or the Iron Man Armour?

Armies should learn from the armor from Sci-Fi. The Mjolnir Powered Assault Armor from Halo is the only one that is actually plausible for armies to make and use. Imagine if Ukraine used the suites…. the Russian army would be so scared they would run back to Russia.