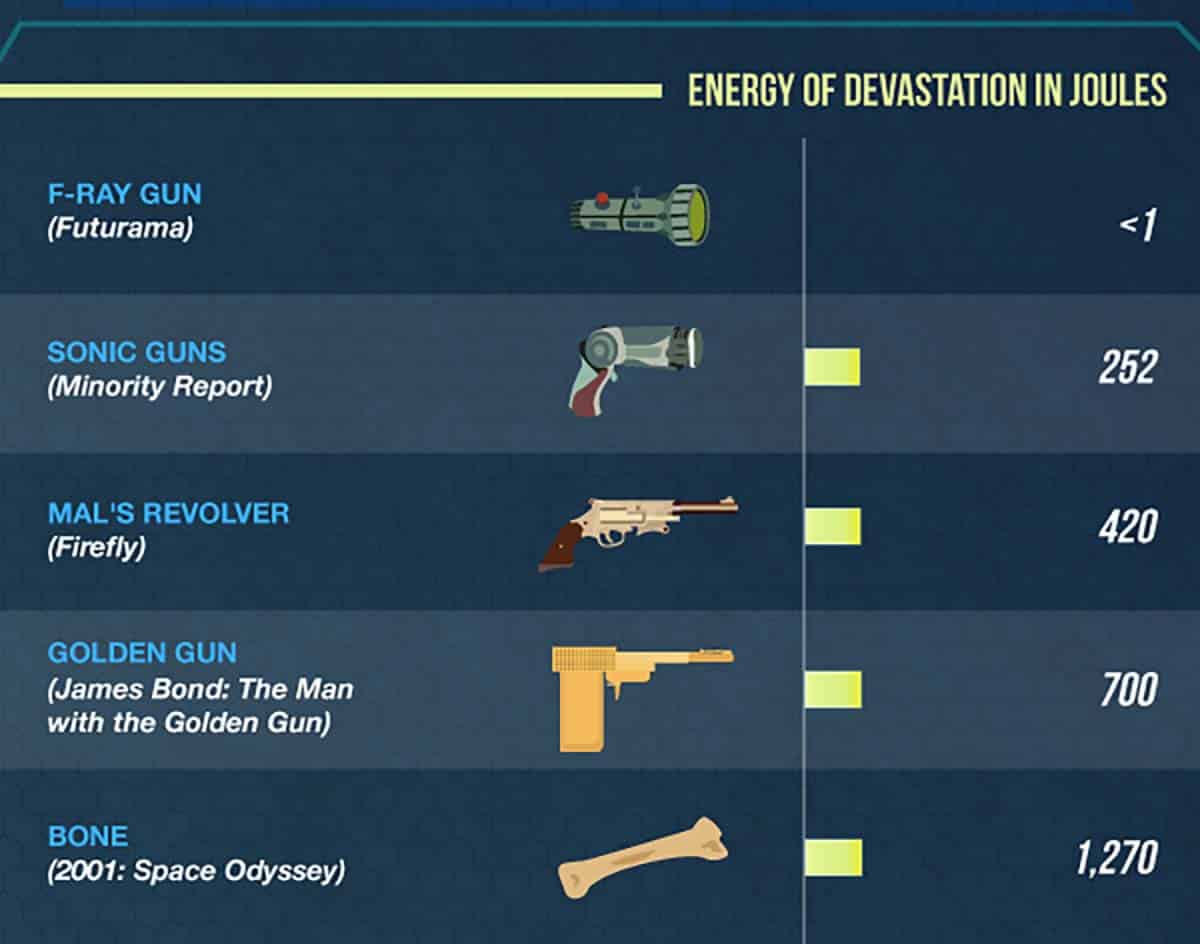 Ever wondered what science fiction weapon is more powerful? This handy infographic is just what The Doctor ordered.

Instead, the types of weapons used in science fiction are as limitless as the writer’s imagination. This results is fictional sci fi weaponry that ranges from nearly possible to completely improbable.

To understand how sci fi weapons compare with each other, some hardcore sci-fi fans ran calculations for more than 65 science fiction weapons that were used in movies and franchises. Check out the results below.

The ranking factor was joules of energy, which is a unifying way to compare the amount of potential destruction.

In the infographic below, we see that the total capacity for devastation of the science fiction weapons does not necessarily line up with the on-screen firepower.

Breaking Down the Results

This leads to some unexpected results in the rankings. For example, we see that Johnny 5’s shoulder laser from Short Circuit has nearly the same amount of firepower as the Arc guns of District 9.

Another unexpected similarity is the Looney Tunes Illudium Q-36 explosive space modulator, which has just about the same destruction power as the Star Wars Death Star.

Notably, Futurama has weapons that were ranked as the least devastating and one of the most devastating. The F-Ray gun built by Professor Farnsworth has less than one joule, which is about enough energy to pop a balloon.

On the other hand, Futurama’s Universe to Universe Missile has 4E+69 joules. That’s a number four with 69 zeros after it, which is enough to destroy an entire universe!

The UUM does jam easily though, adding some hilariousness to its significant firepower.

The rankings below includes details about some of the top sci-fi movies as well as some underrated favorites.

Check out the full infographic, and visit http://scifi-weapons.com for the full data, methodology, and analysis.

Which results surprised you the most? Let us know in the comments below!