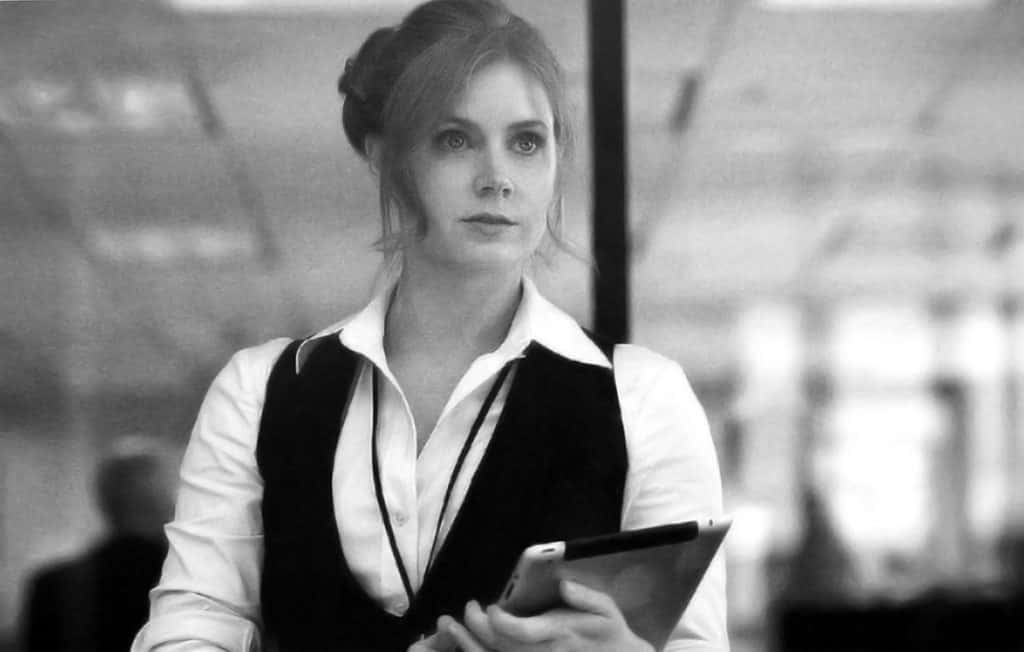 Lois Lane, Say It Ain’t So! (Man of Steel Spoiler)

OK, so the blogoosphere and such has been sent into a frenzy over a simple band of gold sold at a movie prop auction recently, hinting at a possible Man of Steel spoiler. It’s said to be from the movie Man of Steel and belonging to the Lois Lane character. Oh, and throw in a thank you note, same owner, sold.

So, the obvious reaction was, paraphrased, thus: “Oh, my GODS, Lois Lane is married in the movie and there’s, like, a scene or something where she’s sending out Thank You Cards and stuff. WOOOOOOOAH! Superman’s a home wrecker? Where’s my Cheetos, I’ve gotta blog about this!”

Calm down everyone. Seriously. Slow your roll.

So, first, no one ever said Lois and Clark had to end up together. This is a revamp. It doesn’t have to be a rom-com. Sure, it’ll crush some fanboys’ hearts, but whatev.

Second, it doesn’t really mean squat, except for the fact that the writer knows drama. Here’s what I envision, in my fantasy world where I can read screenwriter’s mind.

Lois Lane is engaged to be married. She’s even got her wedding ring. And she’s sending out thank you cards for a bridal shower of some sort. But, seeing as how she’s a globe trotting journalist hell bent on jumping into action, she has misgivings on settling down. It shows her as being an independent career woman that she’s afraid of being tied down.

The fact that any scene involves Thank You Cards tell you something. When, in any movie, has there been a scene where someone sends out Thank You Cards without some trepidation for what they were given a gift for.

Just think about that for a minute. I’ll wait here.

Seriously. Why waste valuable screentime on such a scene unless there’s an undercurrent of the opposite emotion. Most talented screenwriters, like the guy who wrote Man of Steel, don’t ever include a scene unless it has subtext and multiple messages. Screentime is GOLD. You don’t waste it.

If they just wanted to show that she was ALREADY married, there’d be a simple close-up of her adjusting her ring. “Oooooh, it’s uncomfortable. Must be new. Looks like a wedding band.” Then, that exposition would be elaborated on in a later scene where it’s not pivotal.

If there’s an ACTUAL scene of her writing a Thank You Card, post-marriage, I will print out this article and eat it with barbecue sauce.

She just called an engagement off. Or, she just got divorced. Either way, something ended before it started.

That makes a Thank You Card scene show even more. She doesn’t want to write the damn things. It’s like a consolation. It’s saying “I wasted your time.” THAT would be good storytelling.

Superman marries Lois at the end.

Nope. I don’t buy it. Figured I’d include it here because some around the net have said this. But that’s pretty ridiculous, if you ask me. First, that’s pretty damn fast. So, they use the first act to set Superman up — his origin. Second act, General Zod creaks havok and Superman outs himself. Third act… Fight General Zod, saves Earth, then gets married. Epilogue, Lois Lane writes Thank You Cards.

WHAT IT MEANS FOR CLARK KENT’S CHANCES

OK, so we know these two are going to have the hots for each other. I mean, I must indulge my inner geek here. It kind of has to happen. It’s part of the story. Eat your Cheetos.

So, maybe there’s a love triangle. Maybe she is really not looking forward to this marriage, but hey, you gotta get hitched sometime, right? Oh, wait… there’s a super powered man of my dreams out there? Well, maybe I settled… THAT is drama. Hell, even if it’s Scenario 2, and she’s already called it off, you have her entering into this relationship with an alien on equal footing. She KNEW she was settling. She knew it wasn’t right. So, she decided to roll the dice and hope someone right for her came around…

All of this makes sense. Sure, it’s not canon. But it’s much more interesting than canon. And it makes Lois more of a complete person. She’s not just waiting for Superman. Either she is choosing him instead of someone else, or she is waiting for him to come. That way she has some weight in the story.

Characters have to make choices in drama. That’s the whole self-determination thing that’s pretty integral to plot. If someone goes from a zero to a plus 1, well, that’s not a plot. It’s a “what else were they going to do.” Choice sets the stage for drama. Drama is what film is all about.

I like it. Hell, I even like it if secret Scenario 4 is actually the case. She’s married. Whoops. Superman is better. Sorry, guy.