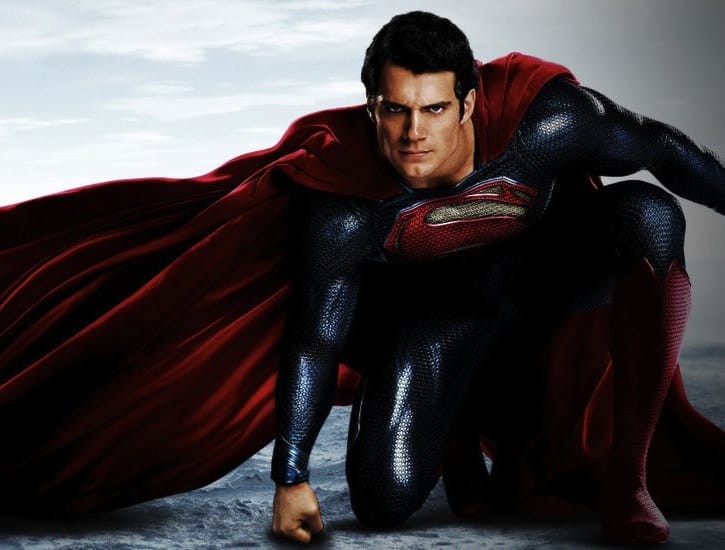 Man of Steel Theme As Human As They Come

Before I get jump into my take on the Man of Steel theme and my impressions of the movie, you may want to read my past thoughts on the themes behind Superman in general and how I thought it could apply in “Man of Steel.”

I don’t want you to take this as a review. I’m not a critic. I interpret things, and I can’t claim ownership of the one true way or anything. I just connect dots, the way anyone might when studying Yeats or Shakespeare — even if it’s a story about a dude in a cape.

[WARNING: MAJOR SPOILERS SPRINKLED IN THROUGHOUT]

That being said, “Man of Steel” is the best Superman origin story we have ever had and will ever get, barring some Star Trek-esque future where children ask “what’s a farmer?”

I’ll get into why, but first the obligatory what’s-not-perfect section.

Yes, character development is somewhat light, but only if you think character development has to be Naturalist. Superman, and most superhero stories, are best compared to allegories like in Greek mythology. Marvel are the guys who handle the heroes-like-us side of the business, and even they sometimes throw in some Romantic bombast.

For those reading this who aren’t comic book savvy, I’ll break it down in comparison to the Avengers from Marvel. Look at the line-up. Everyone is human to some degree, except for Thor. They have extraordinary power, but it’s aided by science or training alone. Even the Hulk. He invented the serum that turns him into that monster, like Jekyll and Hyde. Hollywood magic handles the rest and embellishes physics in the service of explosions.

Superman’s comic book world has its own team, the Justice League of America. It is comprised most of the time by at least three aliens, an intergalactic police officer, the King of Atlantis, an Amazon woman who was turned into flesh from clay like Pinocchio, and Batman. The Flash is arguably the only self-made superhero. The Green Lantern is human and uses tech similar enough to Iron Man, but his tech is from an ancient intergalactic corps chock full of aliens. The DC universe, although somewhat sci-fi, goes for the grandiose. It considers its heroes god-like and deserving of an Olympus-esque pantheon. As an effect, or maybe a cause, its heroes traits, origins, and major stories are meant to convey grand philosophical ideas. At times, DC’s heroes have been criticized for being cardboard, without personality. But you wouldn’t call Homer on relying too much on archetypes.

So you can’t knock “Man of Steel” for focusing on the core theme, which is the story of an immigrant on the lower thematic level but the story of what it means to be human on the higher level.

I won’t go over the jewish refugee allegory again, but let’s examine the idea of fear of not being accepted and of not understanding the culture, yet embodying that culture all along. Superman wants to be human. He really does. He grew up in Kansas, he thinks of the Kents as his parents, and he enjoys a crab. Now, it’s interesting (and I know you’ll correct me if I’m wrong) that when we first see Superman as an adult he’s knocked off balance and actually helped by a normal joe. This is essentially our first impression of humanity, as the first bit is all Krypton.

We see humans helping humans left and right, and they’re often first on the scene in situations where Superman saves the day. Even the bus crash on the bridge — did you notice that a guy jumped out of his car and rushed to the railing? And arguably the best rescue scene had Pa Kent doing the heavy lifting, although this was because he forbade Clark.

Now, this is obviously tied back to what Jor-El (Russell Crowe) said about the human race. That they have potential but just need someone to show them the way. We see the potential consistently, but then we see glimmers of the other half, like Pete Ross the bully and super-rat. Superman has a decision, to help people or not help people… I admit that this is a first-world problem, but like I said, this character deserves broad strokes in terms of foibles. So they gave him a simple choice that becomes complex when given the power of a God. Is the world ready to accept someone who is different but in all other ways the best among them? Can they trust that good people exist? Can anyone?

It’s beyond racism or xenophobia. It’s hope. That’s always been a major Superman theme. Hope that we can agree, come to peace, and generally be a little kinder to one another.

There are small quibbles from the comic book fan in me. I would have enjoyed seeing see more of the Daily Planet, learning what this “Jenny” Olsen character is like, and geeky stuff in general. But this is an origin story, and I think it nailed it. Besides, they were able to essentially have Superman adorn his true secret identity Clark Kent, which must have pleased comic book and “Kill Bill” fans alike. I only heard “Clark” a few times before them, and I don’t remember him wearing glasses until that end scene (though we never really saw what he looked like, for shame).

In conclusion, Man of Steel conveyed a complex theme masquerading as a simple theme well. It said everything we need to know but managed to make it fit within that theme. As a first in, hopefully, a trilogy at least, I couldn’t have asked for a more satisfying film.

Tell me what you thought about the theme and the movie in general below. Don’t be afraid to get deep. I’ll dive down with you.