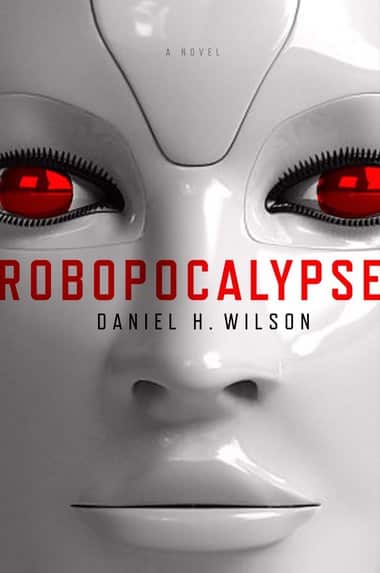 I gave Robopocalypse an honorable mention in my 2013 list of movies that could become classics. I didn’t include it for a reason. The novel it’s based on has garnered accolades, but robots taking over the world has no freshness left. We’ve been talking about robots taking over since 1984. That’s when the thought of Skynet scared the living daylight out of all of us.

Spielberg has tried to address that head on. He wanted to play a prognosticator again after Minority Report. Show us the near future that will probably come true. I guess this was meant to calm us. Robots are taking over in a few years. He wants us to get on with the prep. That’s sweet.

News came today that Robopocalpyse has been delayed indefinitely. The decision came from Spielberg after he spent a “few weeks” over the holidays “preparing” for the movie and discovered the script needed more work and, get this, that the $160 million budget was too high, according to latimes.com.

I must confess to not having read Robopocalypse. But I can only assume Spielberg realized he had Terminator meets Independence Day. Both of those are blockbusters. But tapping into the same well as a movie series does not mean you get Terminator. It just means you recycled an idea.

Maybe he was intrigued about a group of humans fighting the robots being led by Native Americans. Did he maybe think he could pull out some kind of heavy handed metaphor from this?

Spielberg was right to halt production on Robopocalypse before it became too late. The idea isn’t fresh. Not for a movie. Maybe it could have uniqueness in a novel, where the thought of robots conquering us isn’t so prevalent. And I think his downgrade of the budget is a sign that he realizes it might never really be too uber-successful when there’s the specter of Terminator.

I’m going out on a limb here. I predict that Spielberg never directs Robopocalypse. He may hire someone to do it instead. He won’t do it.

Here’s the synopsis for the novel. Sounds like an interesting disaster book. It doesn’t sound like a hit.

“Not far into our future, the dazzling technology that runs our world turns against us. Controlled by a childlike—yet massively powerful—artificial intelligence known as Archos, the global network of machines on which our world has grown dependent suddenly becomes an implacable, deadly foe. At Zero Hour—the moment the robots attack—the human race is almost annihilated, but as its scattered remnants regroup, humanity for the first time unites in a determined effort to fight back. This is the oral history of that conflict, told by an international cast of survivors who experienced this long and bloody confrontation with the machines. Brilliantly conceived and amazingly detailed, Robopocalypse is an action-packed epic with chilling implications about the real technology that surrounds us.” (Amazon)