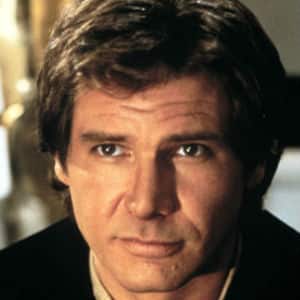 Two days ago, there came word about a Yoda movie, and the promise from Disney to produce more live-action films based in the Star Wars universe and using its characters with impunity. I remained silent at the time, because my emotions were mixed. I’ve thus far been impressed with Disney’s handling of the franchise, but a Yoda movie could be either the best or worst movie of all time. But the announcement from EW today that Han Solo and Boba Fett would each get their own movie… well, now my opinion is more cemented on Star Wars sequels starring Han Solo, Yoda, and Boba Fett.

Here’s why. The Han Solo movie is said to be said between the original and prequel trilogy, and it includes Solo’s “origin story.” There is already a brilliant trilogy of books tackling this same period, and if they use it as even a slight inspiration, it bodes well. These books are The Paradise Snare, The Hutt Gambit, and Rebel Dawn. They’re among my favorite of all Expanded Universe titles. They show Solo’s good heart above all else, even if he is a criminal.

The Fett movie… well, I’ve always been one of the lone voices saying “What’s so great about Boba Fett?” I mean, he looks awesome, don’t get me wrong. And he’s a great foil, even if he is easily killed in Return of the Jedi. He doesn’t really have any redeemable qualities, as far as I’m aware. Though I’m probably missing out on some book somewhere that mines deep into a created personality. All we know from the movies is a few curt lines and a capable blaster hand.

Still, Han Solo’s early days makes sense. And even if the other movies don’t immediately make you intrigued, but instead feel protective for your childhood memories, you have to admit a Solo movie would be good. Seeing as how all of these movies are being made by the same people — the same people who made the Marvel Cinematic Universe come together — the credibility spreads across the board.

I’m looking forward to the new generation of Star Wars movies. Let’s just hope they keep the same spirit as the original trilogies, tied with the mentality of the Marvel movies. We’ll keep you updated here on fictionphile, as well as a complete overview to come of how the stories could unfold.