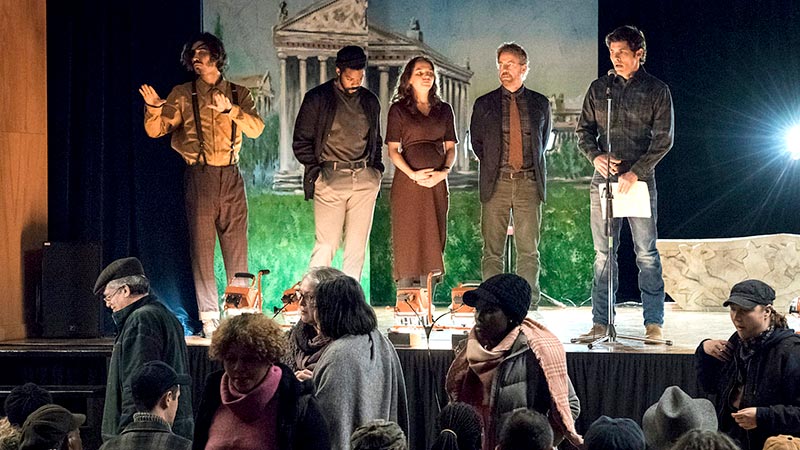 The newest miniseries adaptation of Stephen King’s The Stand (2020), like its central plot, is a battle between good and bad. And the show’s good parts are only due to the source material.

The Stand, Stephen King‘s single-novel opus (The Dark Tower being his magnum opus), is a brilliant work of fantasy literature. The original miniseries adaptation, now 30-years-old, was greatly flawed but nevertheless faithful enough to drive even more attention to the book. This latest adaptation, exclusively on CBS All Access, is a misguided attempt to modernize the saga with few redeeming qualities.

For those unfamiliar with the story, The Stand follows the immune survivors of a global viral outbreak that wipes out everyone but a handful of people. What’s more, it seems the survivors fall into two categories–decent folk and the downright wicked. Soon after the initial fallout, a mysterious denim-wearing stranger begins recruiting the latter, while an anciently old woman recruits the former, through dreams.

The concept is great. It’s Stephen King, and his concepts are almost always brilliant. Mostly, the execution is the concern with Stephen King properties (see: Maximum Overdrive).

The Stand is also a very broad story, perfect for a tentpole work of art, that has a universal theme. Good vs. Evil and God vs. The Devil. It doesn’t get much more simple than that. Throw in some nice conflicted characters, some spooky magic stuff, and it’s a good old fashioned hoot.

On a scene-level, it’s not horrible, but it’s not great. No memorable lines. No great moments. It’s all very… okay. On a larger scale, structurally speaking, it’s a mess.

The miniseries makes the somewhat bizarre choice to play with non-linear storytelling.

Showrunner Benjamin Cavell tried to explain the reasoning to The Hollywood Reporter.

“We made this decision to tell the story not in the linear way the book and the original miniseries was told, but to do this by going back and forth between timelines. That was done consciously in part because for us, as strange as it is to say at this moment, The Stand is not really a book about a pandemic. Of course there is a pandemic in it, but it really is Lord of the Rings in America. It’s this mental struggle between the forces of light and darkness for the soul of what’s left of humanity. Since that’s where fundamentally for us the story of where the novel lies, it felt like the honest place to begin. In the course of adapting a 1,200-page book, of course you’re going to make decisions about what to leave out and what to keep in. The thing I would say in a global way is all of those things were deliberate. Whatever is or isn’t in [the series] is in or is not intentionally and is thought through. That’s the thing I want everyone to know about this show: whatever you want to say about it, you can’t really say we haven’t thought it through. We’ve thought about every little piece of it and decided this is the story we want to tell.”

Did we miss something? Was The Lord of the Rings told in a non-linear way? We digress.

This storytelling choice really throws the entire operation off. You meet characters long before you learn why you should care about them. The biggest example of this is with Nick Andros (Henry Zaga), whose importance is swept aside entirely.

The acting is decent in The Stand (2020). Everyone does a decent job. No complaints, really. They’re just not given a lot to work with.

Standing out the most is Owen Teague as Harold Lauder. He provides a much more nuanced, creepy, and compelling version of the conflicted villain than Corin Nemec did in the original The Stand (1994) miniseries. Although that’s not saying much. Regardless, he really knocked the performance out of the park.

Ezra Miller as Trashcan Man almost stole the show for us. He’s not in it much, but when he is, the series felt like a different, more dynamic version of itself.

James Marsden does a serviceably vanilla job as Stu Redman. The character seems like a much more watered down version than Gary Senise‘s version, but we blame that on the higher ups. Stu isn’t really given a whole lot of decisions to make or stances (pun intended) to take.

The relatively consistent Alexander Skarsgård as Randall Flag surprisingly undelivers, but only because he’s not given truly great scenes like his character demands. He does okay for what he’s given.

The rest of the cast is similarly hit or miss. Whoopi Goldberg as Mother Abagail? Not bad, actually. Brad William Henke as Tom Cullen? Kind of creepy. Amber Heard as Nadine Cross? Unlikable but maybe that was intentional. Odessa Young as Frannie Goldsmith? Sure, why not.

Overall, the cast is decent and pretty stacked. By and large, they underperform, but only because of the uneven storytelling.

Director Josh Boone is somewhat talented with the look and feel of things. That much, we have no problem with. The production quality is high. The shots are well framed and scenes are fairly interestingly staged.

We just aren’t sure he’s an actor’s director. Meaning, he doesn’t exactly squeeze the best out of this cast, who are mostly experienced and proven. And any input, as co-creator, that he had on the non-linear storytelling… pass.

Overall, The Stand (2020) is disappointing to say the least. We can’t exactly recommend the 1994 version instead, because it doesn’t really hold up in modern times, not that it was great to begin with.

But all in all, we feel Stephen King deserves a better outing for his Bible-esque epic. That said, it won’t come anytime soon. It took a few decades to get this remake. We’ll just have to wait a few decades more.

The Stand (2020) Disappoints with Its Storytelling

The newest miniseries adaptation of Stephen King’s The Stand, like its central plot, is a battle between good and bad. And the show’s good parts are only due to the source material. 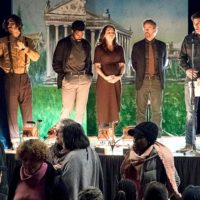 Stephen King deserves a better outing for his Bible-esque epic