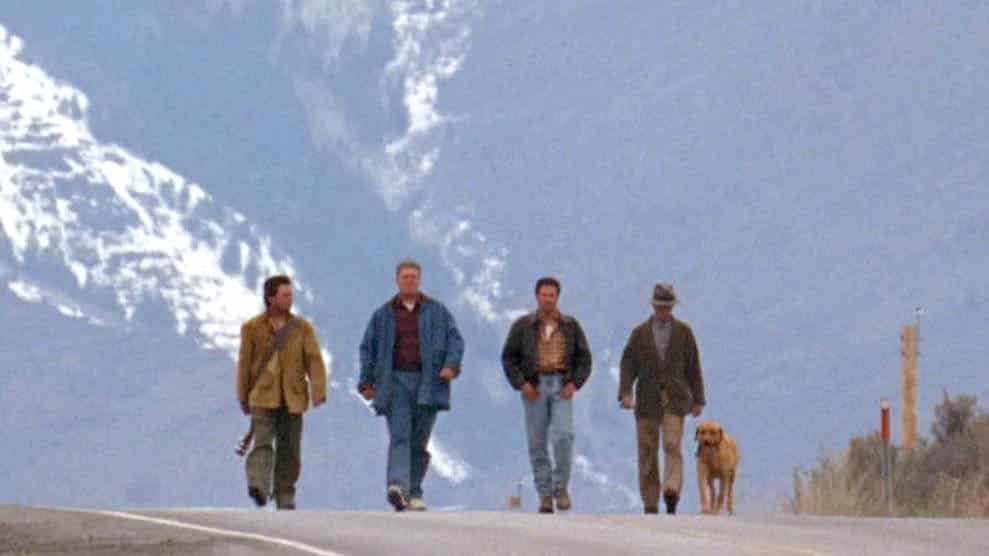 Before you check out the new nine-part series of The Stand (2020) coming to CBS in December, let’s journey back to the mid 90’s and revisit the four-part The Stand (1994) miniseries.

You only need six hours to spare. Time well spent for the faithful and yet-to-be converted Stephen King fans alike. “There’s something depressing about such a unified opinion that you did your best work twenty years ago,” Stephen King said in his memoir On Writing.

This is in response to the seemingly unanimous positive response to his novel The Stand. The title is one that members of his large base of Constant Readers regularly touts as their favorite Stephen King book. It’s also one of the books of King’s that they re-read the most. And if you’ve got the time and patience to work your way through 1,000+ pages, you might want to read the novel more than once yourself.

Although, the miniseries is a fine place to start.

The Shining and Doctor Sleep: A Halloween Double Feature (Review)

The Stand tells the story of a man-made virus that sweeps America and the globe. In the process, it quickly wipes out 99.99 percent of the world’s population. As the lights go out and corpses pile up, a handful of random individuals emerge inexplicably immune to the virus. We meet them all in different parts of the country long before they converge.

Folks around these parts just call me Mother Abagail. I’m 106 years old, and I still make my own bread

There’s redneck Stu Redman (Gary Sinese) from Texas, naïve college girl Frances Goldsmith (Molly Ringwald) from Maine, rising rockstar Larry Underwood (Adam Stork) from New York, and an assortment of supporting characters. There’s no explanation for their immunity or apparent link in their lives that have spared them from the killer flu. The only thing they share in common is a recurring dream.

Each one dreams the same dream. They wander through a cornfield, drawn to the sound of an acoustic guitar and an old woman singing. Upon discovering a rickety farm house, they meet an old black lady in a rocking chair on her porch.

“Folks around these parts just call me Mother Abagail. I’m 106 years old, and I still make my own bread,” she says.

After brief chit-chat she tells each character to come and see her, and brace for the storm that is coming.

Meanwhile, a few survivors don’t dream of the nice old lady. Instead, they see visions of a crow perched on top of power line poles and tractors. This nefarious figure appears as a bird at first. He then materializes as a man in cowboy boots, blue jeans, and a faded denim jacket. Who is this dark figure?

And as Mother Abagail Freemantle (Ruby Dee) leads her followers to Nebraska and then Colorado, where does The Dark Man lead his minions?

The Stand (1994) could not be more relevant to today’s current events. We’re battling a virus that has killed many people, and changed the way we live. Amidst the chaos are leaders who get the job done, and others who choose to turn a blind eye.

In the United States of America, we pay witness to a divide unlike any other time in history.

You could easily draw parallels from the story to what’s going on in our society right now. But it’s safe to say the flu from the story, nicknamed Captain Trips, is much more lethal than Coronavirus (COVID-19). Also, thankfully there is no demonic character like Randall Flagg (Jamey Sheridan) summoning his followers to Las Vegas (Sin City, no less) to do his evil bidding.

However, we do have a leader some people deem a self-appointed dictator. One who insists on driving his philosophies home in the most unorthodox and irregular ways. Plus, it garners him a huge following who hang on his every word.

You’ll find similar scenes and characterizations throughout the original The Stand (1994) miniseries. If you’re trying to make sense of what’s going in the world, you might just find some therapeutic relief watching the four-episode story.

Behind the Original Miniseries Production

Realize the upcoming television event this December is not a remake of the 1994 series. Instead, it’s a fresh adaptation of the novel. Back in 1994, the original adaptation had to climb uphill to get made.

Stephen King tried to get a film adaptation of his opus for most of the late 70’s and 80’s. It hit many roadblocks. Most notably, how to take a mammoth story and condense it into a single movie.

King alumni Mick Garris (he directed Sleepwalkers in 1992) took on the challenge to direct The Stand (1994) miniseries in the 90’s with King penning the screenplay from his own source material.

They found a way to tell the story over four ninety-minute episodes. Split into the following parts: The Plague, The Dreams, The Betrayal and The Stand. Each segment tells the overarching story, but is a different viewing experience in its own right.

Starting with a bang, the virus is released and quickly dominates the planet. People catch it and die within days, and so fast and lethal is this virus, people literally drop dead in their chairs, cars or walking the dog, leading to piles and piles of bodies littered all over the country. This is the backdrop of the story, and works as an indicator to how much time has passed due to the state of the decaying bodies.

As usual, King takes familiar settings and places and people we know, placing them into the direst of experiences. You connect with these characters and feel their terror and disbelief at the unprecedented crisis unfolding all around them.

As events unfold, the survivors regroup on either side of the Rockies: Boulder and Las Vegas. United in their search for meaning in a changed world, the story becomes a matter of West vs East and Good vs Evil. The true strength and integrity of every character will be tested as warring factions increase.

With so many characters making the leap from page to screen, the casting choices and performances are not perfect across the board. Still, they get the job done.

Gary Sinise is well cast as Stu Redman, a put-upon Texas man thrust into a position of leadership and responsibility. Matching him equally are Adam Storke as Larry Underwood and Rob Lowe as Nick Andros. Molly Ringwald as Fran Goldsmith and Corin Nemec as Harold Lauder don’t fare as well. However, their youth and experience are largely to blame.

Look past some of the uneven performances, and you can still find a lot to enjoy about The Stand (1994).

It’s a sprawling epic of a TV series using its many U.S. locations well. As a result, The Stand (1994) miniseries paints a picture of a vast landscape. A once bustling nation turned desolate graveyard.

One such scene involves two characters fleeing New York via the Lincoln Tunnel. It’s filled bumper-to-bumper with cars and drivers who are well and truly dead. As the power has gone out, the darkened tunnel with it’s millions of bodies would make even the most hardened individual feel trapped.

Kudos to the soundtrack, composed by the legendary W.G. Snuffy Walden. His trademark sound of steel guitar strings, backed by acoustic guitar, piano and violin gives us a score that is as sweeping and harmonic as the great American landscape itself. It’s the perfect accompaniment to the beautiful scenery and tender moments shared by the characters.

King was proud of this adaptation, starting with the screenplay and doubling as executive producer. He even has a small role as Teddy, one of the chosen ones who arrives in Boulder and helps out.

King’s earnestness here means a hokey performance. You can tell he’s having fun and watching over his most prized novel’s adaptation. Just like his villain Randall Flag watches over his followers. With a red, gleaming eye, a cheeky smile, and a playful candor that relishes in the fact he has created a world where our deepest, darkest fears play out on a biblical scale.

In fact, King spoke out recently explaining the difference between the impact of COVID-19 and the lethality of his man-made virus from The Stand, just to reassure fans things wouldn’t get as bad in our world as they did in the world of his book.

Stephen King’s The Eyes of the Dragon (Review)

When it comes to life imitating art in today’s climate, you really can’t do better than the original The Stand (1994) miniseries.

Watch it, enjoy it, and then be sure to check out the CBS series coming this December. It will no doubt give us a much different adaptation. Right in the very middle of our own ongoing global pandemic.

Buy the Novel on Amazon

Buy the Original Miniseries on Amazon

A Constant Reader’s Guide to the Stephen King Multiverse