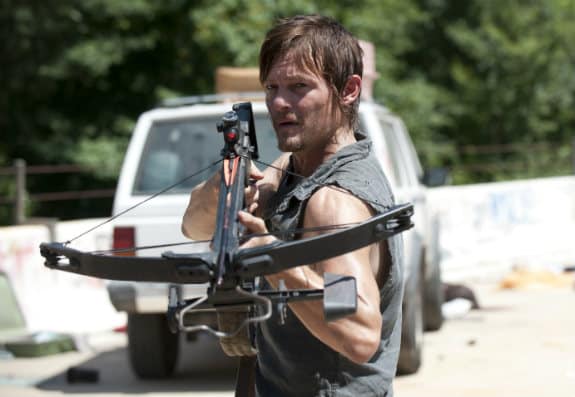 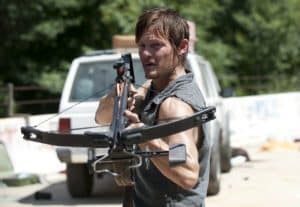 Let’s get one thing out of the way: The Walking Dead Home (episode 10) was a bazillion-times better than The Suicide King (episode 11).

Also, yes, I was wrong about quite a few of my predictions. What the writers did instead was just fine and dandy, though, so I’m cool with it.

Although, I will say that (SPOILERS) Axl’s death came as absolutely zero surprise. They cued it twice. I actually said to my wife during the “awww” bridge conversation with Carol: “One of these two are about to get shot from a distance.” Then, I thought when the scene ended peacefully, “Well, next time they talk one of them is dead.” As soon as the scene in question came up, I just turned and said “Axl’s about to get shot” (and no, I didn’t say this during every scene for every character). It actually would have been better from a shock-value standpoint, incidentally, had Hershel took the bullet while trying to talk Rick off the ledge. But I suspect he has a better ending in store. Probably a martyrdom thing.

But the death was a good choice. It’s not a main character, and really only Carol felt close to him. So the group won’t have to lick their wounds too much. It’ll set them up nicely for retaliation or fortification, without weakening them. It makes The Governor’s choice rather stupid, as he let the rest of them live. Now they get to make the next move. Plus they have reinforcements now who aren’t entering in media res.

I actually see this episode in two parts. To me, the show really kicked in when Daryl and Merle decided to go back. Without that, and events following it, you just had another mopey installment. It was a good choice for the writers. Now the next episode can be balls out action and adventure. This and Suicide King were just set-ups. That’s over with. Rick is not going to give a crap about his ghostly visions — call it shock therapy. Also, Merle doesn’t seem like the type to pussyfoot around the issue of what to do, all the while rubbing his chin and hearing all viewpoints.

I predict (and I was wrong last time) that the next episode’s first 15 minutes will be everyone saying “what the hell should we do?” Then Merle says the little bit you might have seen on The Talking Dead. Suddenly, Rick walks in and lays out the plan. The leader’s back, and no one questions it. The next half hour is just that plan being carried out. Cut to Andrea and The Governor, who are arguing about where he was and what she wants to do. Just as she’s struggling to make a choice, the plan is carried out.

Personally, I prefer Rick and gang to attack Woodbury. It would jiggle the story from the comics just enough that it’s unpredictable, since a lot of that stuff happened to Glenn and Maggie, thematically speaking. Also, with the gates smashed, and Andrea gone as a sniper option, it would make the fortify plan unfeasible.

Maybe I’m looking forward too much and not just reflecting here, but to me this was just a step in the right direction. Sure, I and others have been criticized for comparing the show too much to the comic, but that’s because the comic’s pacing is EXACTLY what television could use more of. This episode’s second half was much more like it, and I’m excited for the next one because all signs point to a continuation.

Let me know what you thought in the comments below. Disagree completely? Have your own thoughts for implications for the next episode based on events in The Walking Dead Home?