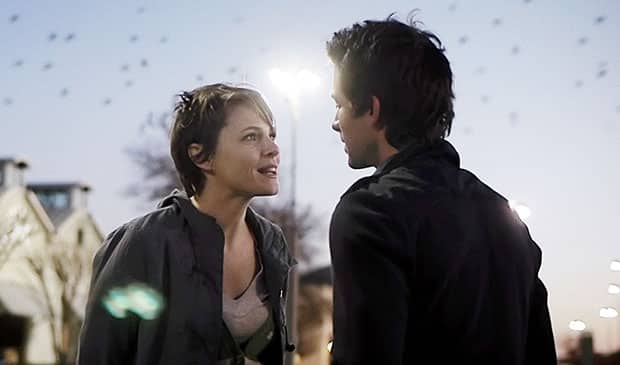 Upstream Color reviews are popping up on the Internet finally after its premiere today at Sundance.

They do a good job of giving impressions without giving too much away, but be wary of clicking on any links here if you want to be unspoiled. I haven’t actually seen the movie, and I’m actually no where near Park City, Utah where Sundance resides, so I can only go off what others have said.

Time gets the award for most clickable headline for an Upstream Color review with “Sundance Surprise: Did One of the Best Movies Ever Made Just Debut in Park City?”

Now, this doesn’t mean some haven’t panned the movie. But they did it unconvincingly. For one, they ended up just looking very dumb. For instance, one Guardian reviewer starts by saying he had to watch Carruth’s first film, “Primer,” three times before he understood it. Then he goes on about how obscured the plot was, and how baffled he was about what he just watched — the result being bad, for him.

The first time I watched Primer I understood every scene, and when twists landed I immediately rewrote my understanding of every scene. I paid attention. I did what any fictionphile does when he watches something, reads something, etc. So when a reviewer shows he doesn’t have the ability to pay attention, I lose my attention for their reviews.

Meanwhile, at the AV Club, known for its serious approach to even obscure cinema, the film landed at once. “[H]aving the movie wash over me was one of the most transcendent experiences of my moviegoing life.” Yep. Now, that sounds like someone who paid attention. I’ve spent most of my life figuring out, and building a template for figuring out, who was pretending to understand things and who actually understood things. Someone who understands the use of [SPOILER]Walden[/SPOILER] in the movie and uses the term “transcendent,” possibly by accident, while writing their review actually did have a transcendent moment. He describes Upstream Color as a tough-to-understand film but he never says he didn’t get it, and he gives it an “A.”

Of course, I’ll have to wait until April at least to see it myself before forming an opinion. But, after the somewhat flop of Don Jon’s Addiction, though it did pick up a distributor, these early Upstream Color reviews give me hope.