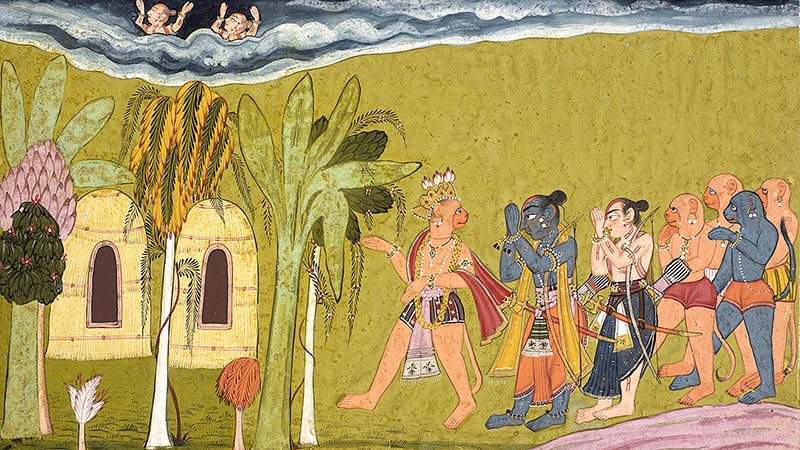 Mythology and fantasy have never been distant from one another, and the same holds true for Indian fantasy writers.

In fact, fantasy is a permanent feature of most myths that have survived the test of time. Consider old myths from a purely modern perspective. Old Norse myths have fantasy themes. Indian epics like The Ramayana and The Mahabharata use a great deal of fantasy.

Almost every age-old myth you know probably contains some elements of unreality.

The influence of old myths on fantasy literature is immense. Elves and orcs were not invented by J.R.R. Tolkien. They came from old Germanic and Anglo-Saxon myths that first surfaced during the dark ages. The influence of Merlin, a mythical wizard, on modern characters like Gandalf and Dumbledore is also immense.

Fantasy writers have always used their stories to bring back old myths. But how have Indian authors taken part?

The Curse of Cassandra: Understanding a Prophetess

Indian literature does not have a large volume of fantasy titles. It’s very rare to find the names of Indian fantasy novels mentioned among the best in the genre.

The answer lies in the history of the country.

India became independent from colonial rule in 1947. However, this independence didn’t necessarily come with independence from British influence as well.

All these authors never dabbled in fantasy literature. Their influences were drawn from the English literature scene, which at the time was overrun by authors trying to ape Charles Dickens and Leo Tolstoy.

Writings of Indian authors in fact bear a close resemblance to the kind of topics Dickens, Fyodor Dostoevsky, and Anthony Trollope were known for choosing.

The social upheaval in India and a growing clamor for independence only contributed to this trend.

There were a few outliers. Devaki Nandan Khatri brought forth Chandrakanta, a medieval-fantasy epic which borrowed several Indian mythical elements. However, the overarching sentiment was telling practical grounded stories and not fantasy epics.

Indian readers are not hostage to old literary trends anymore. The colonial hangover is wearing off and demand for fantasy literature is growing. The recent spate of biopics and alternative storytelling in Indian cinema point to the shifting trends.

Take The Simoqin Prophecies by Samit Basu as an example. The novel is the bellwether Indian fantasy novel for many young readers. Not many writers in India before Basu had succeeded in bringing together mythic elements with real fantasy themes. The book is the first part of Basu’s GameWorld trilogy and remains a gold-standard for fantasy fiction in India.

The reason behind the book’s success was how it managed to weave Indian mythology into a fantasy setting. It almost worked like a personalization technique. Indian readers saw an author using mythical characters they have always known.

If Basu began this trend, Amish Tripathi is taking it to another level. His Shiva Trilogy was not just a niche underground hit, but a mainstream success story. Shiva as a character is not just a mythic legend, but one of the most revered Hindu deities. Tripathi managed to make Shiva complex enough to intrigue readers who already know a lot about him.

Fantasy is a form of speculative fiction at the end of the day. Tripathi gets this point more than anything else. His stories go much deeper than using fantasy to retell myths. They instead try to reimagine the inner perspective of mythical legends. In doing so, he gives readers a chance to rethink their own view of old myths.

Mythology has a significant role to play in defining the cultural identity of any given country, group, or religion. In many ways, stories that survive the test of time become myths.

Harry Potter is a fantasy story to us today. However, it could be a myth to a child who reads it a millennium from now. And isn’t that the point of storytelling?

Aren’t we all trying to tell a story that is profound enough to inspire one generation after another?

We hope this article provides an insight into fantasy literature in India and the problems it has faced over the years, as well as how new Indian authors are retelling ancient myths using fantasy fiction.

Have you read one of the Indian titles mentioned? What do you think of the use of myth in storytelling across cultures? Let us know in the comments below.