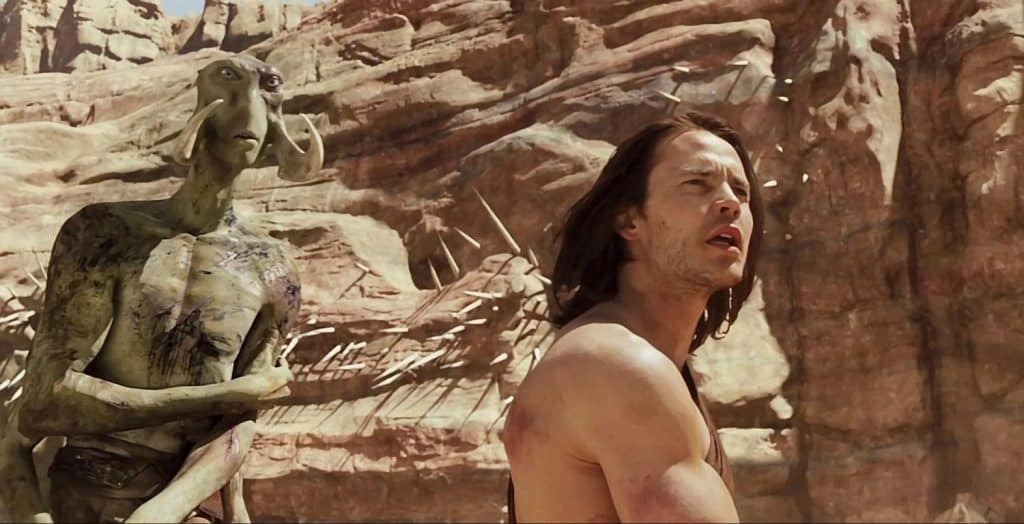 Imagine Science and Science Fiction are people for a moment. The two clearly love each other like a couple of bros. Sure, Science Fiction doesn’t always get things right, but Science counts on Science Fiction to handle the emotional component of what Science’s work means to our lives–expressing excitement, fear, or hope. Then, sometimes there are light sabers.

20 Most Influential Science Fiction Short Stories of the 20th Century

Dropping the anthropomorphic bit for now, sometimes science beats science fiction bloody. New discoveries in science happen all the time. Sometimes, they’re way crazier than anything science fiction writers could think up, starting the whole wheel in motion again. That’s what Science Fact Friday is about: unabashed comparison of scientific, engineering, or technological breakthroughs, sometimes not as major as those below, to science fiction.

Before the original Alien came out, who could have imagined that titular monstrosity besides a visionary (but maybe-a-little-nutty) artist?

Our idea of how or what life is supposed to look like is pretty limited to what we know, and it keeps turning out we know less and less.

We’re very concerned about creating life from circuits and bolts or ones and zeros. The singularity and such. Before Isaac Asimov and robots as we know them, Mary Shelley and Dr. Frankenstein asked the same questions about creating life with science. And if you’re cool with swapping metal out for something like clay in order to play God, there’s the Jewish Golem and Wonder Woman, among many others in the stable of “artificial life.”

Altered Carbon and Morality: Who Wants to Live Forever?

But let’s skip the building supplies. What are we, a bunch of masons?

Long story short, scientists found a way to invent two new DNA letters (apart from A, T, C, G) and get them to duplicate alongside normal DNA after some work. It’s revolutionary by several accounts and could lead to new drugs and world benefiting stuff–read more at the Verge, and where the paper was originally published.

Oh, and the thing is, it’s not even entirely clear what this means for the distant future. It’s not like we’ve ever done this before, and even our brightest scientists can’t predict what future generations will do with present knowledge.

In popular series like Star Wars or Isaac Asimov’s Foundation, there seems to be a ton of habitable planets just sitting around waiting for someone to crash land on them. They look like Earth, they have atmosphere just like Earth, and the temperature is juuust right. There’s even a TV Trope entry, All Planets Are Earth-Like, devoted to it.

Sure, it might take a while before we get the speed capabilities for it to matter, but it’s always seemed somewhat silly (but cool) to think that there are even all that many planets out there with a hospitable climate. Maybe on opposite ends of the universe, spread out a little. But within relatively close distance, astronomically speaking?

Body Swap Fiction: The 7 Best Examples of All Time

Late last year, astronomers using data from NASA calculated that there are at least 8.8 billion planets within our galaxy alone that lie in The Goldilocks Zone where water gets to be a liquid–not ice or steam. The next step is trying to somehow discern the rest of these planets’ supposed properties, but it’s still exciting news because we used to think it was pretty tough to find planets not too hot or too cold.

Note that it’s “at least 8.8 billion.” That’s because there are 8.8 billion stars with at least one planet within its habitable, or goldilocks, zone. Pairs of little blonds could have sneaked in here and there, I imagine. Bottom line: estimates put it at around 11 billion planets to choose from.

For comparison, the United States Census Bureau puts the world’s population just above 7.1 billion (at the time of this article).

But in all seriousness, of all new discoveries in science, this one is tantamount to flipping on the light switch and discovering that you were surrounded by Ewoks. As one of the study’s co-authors Geoff Marcy puts it, quoted in the Associated Press/Huffington Post article linked above, it’s 8.8 throws of the dice for finding life. I’d guess the odds are even better if we’re just looking for a new home like our own.

3.) A Lake that Hosted Life on Mars

Remember Martian stories? I really wish I could namedrop one, but there’s 50 billion of them. There’s a friggin’ Martian Manhunter in the Justice League of America, for cryin’ out loud.

Sure, he’s still around, and there will always be a group of conspiracy-prone people who believe Mars is some kind of galactic Egypt, but we treat the old stuff less credible than Santa Claus. I mean, just look at how well the public viewed John Carter. We’ve just moved on with the whole Mars thing, clearly.

Well, what if while hiking in the woods you happened upon glowing-red reindeer scat?

Last year, NASA announced that analysis of soil samples gathered by Mars rover Curiosity might prove something incredible, and it doesn’t get much more plain than this quote from the NASA press release.

“A fundamental question for this mission is whether Mars could have supported a habitable environment,” said Michael Meyer, lead scientist for NASA’s Mars Exploration Program at the agency’s headquarters in Washington. “From what we know now, the answer is yes.”

Woah? Like Stargate Egyptians habitable? Well, that’s a stretch, but even microbes on Mars is a major new discovery in science. Not too shabby, science. Just when we moved on from Mars.

2.) An Ocean Beneath the Earth

We love stuff under the Earth. I don’t mean dirt, although I guess some sickos are into that stuff. Whether it’s Jules Verne’s A Journey to the Center of the Earth or the 2008 movie with Brendan Fraser, or 2003’s The Core, our planet’s interior holds great allure.

I guess caves are partially to blame. It’s hard to believe a river exists in the center of the Earth if you haven’t seen a cave stream.

Well, a group of scientists say that 400 miles below the Earth’s surface sits an ocean of water.

Okay, so it’s not your typical ocean. You probably wouldn’t want to swim in it, because it’s all trapped inside a mineral named ringwoodite.

This is the most recent scientific discovery on the list. Read the awesome article over at New Scientist that breaks it down, or log in and read the paper. But the gist is that Northwestern University associate professor Steven D. Jacobsen is a wizard. He took readings from hundreds of earthquakes with thousands of seismometers.

Then he tested samples, including wet ringwoodite. Turns out there’s a bunch in the mantle right at this point. Where the pressure squeezes water from the upper half.

New Scientist quotes Jacobsen as saying, “It’s rock with water along the boundaries between the grains, almost as if they’re sweating.”

And it’s even cooler than an ocean you could drill down into for a Sunday swim. Because that’s a rocky swim, if ya get my drift. It may even act as the balance for Earth’s water, helping the ocean maintain relative equilibrium over millions of years. And it could rewrite the way we understand how our planet got its water. Jeez. Way to disrupt things, science.

1.) A Signal From the Beginning of Time

Family Guy had fun with the idea of revisiting the beginning of time with 2011’s “Big Bang Theory.” Humans have always been curious about how things began. Not just us, but everything. Maybe it’s because we figure we’ll know what to expect if we know what happened before us.

Well, a telescope at the South Pole looked into the past to less than nanoseconds after the Big Bang, a team announced earlier this year.

After three years of verifying the data from a telescope at the South Pole, researchers using BICEP2 (Background Imaging of Cosmic Extragalactic Polarization) told the world that it had discovered gravitational waves.

Experts tout this new discovery in science as the biggest physics news since the Higgs Boson in 2012. Someone’s probably going to win a Nobel Prize somewhere down the line.

Basically, this is a finding that proves a ton of stuff scientists have believed for a while about the beginning of the universe. But it’s evidence, and there’s supposedly a lot of interesting stuff to learn from it–we’ll trust the scientists to that.

Less amazing but still cool: the new discovery in science, while it’s not peer reviewed, is basically accepted in public opinion. And yes, scientists are part of the public. The Atlantic Monthly published a great article for more on that topic.

EDIT: Funny, but just minutes after posting, a story from Gizmodo happened across my screen somewhat deflating this last entry. Still, it remains intriguing data, if not quite so definitive.